There have been jubilant celebrations from Felix Tshisekedi's supporters

The influential Catholic Church has questioned the official results of the Democratic Republic of Congo's controversial presidential election.

Opposition candidate Felix Tshisekedi was named the winner on Thursday.

However, the Church, which posted 40,000 election observers, says the result does not match its findings.

The runner-up, opposition candidate Martin Fayulu, has told the BBC he will mount a legal challenge against the official vote count.

"The result is a coup and not the truth from the ballot," he said on Thursday. "The Congolese want change."

He accused Mr Tshisekedi of reaching a power-sharing deal with the ruling party, a claim the veteran figure has denied.

There are fears the result could trigger unrest, with at least two people killed in the western city of Kikwit on Thursday.

However, most parts of the country appear to be calm.

Why is the result controversial?

If confirmed, Mr Tshisekedi will be the first opposition challenger to win since the DR Congo gained independence in 1960.

He has vowed to be "the president of all DR Congolese", saying: "No-one could have imagined such a scenario whereby an opposition candidate would emerge victorious." 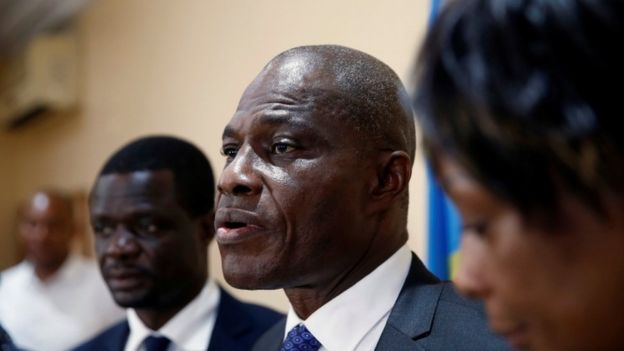 However, runner-up Martin Fayulu, who is also an opposition candidate, has described it as an "electoral coup".

The current president, Joseph Kabila, is stepping down after 18 years in office.

The candidate from Mr Kabila's party had initially been expected to win, but ended up finishing third - and is not challenging the results.

Meanwhile, the Catholic Church says the result given by the electoral commission does not correspond with its own tally, and the French and Belgian governments have also expressed doubts about the result.

The church did not name anyone in its statement, and urged all parties to refrain from violence.

According to the National Electoral Commission (Ceni), Mr Tshisekedi received 38.5% of the vote in the 30 December election.

The full results were, with turnout reportedly 48%:

However, the result can still be challenged.

Why is the Church so influential?

About 40% of DR Congo's population is Roman Catholic and the church has a wide network of schools and hospitals.

It is seen by many Congolese as a moral voice in a country where politics has so often been tarnished by corruption, the BBC's Africa editor, Fergal Keane, reports.

The Church may now be publicly doubting the results but it will be very wary of any public demonstrations, because it knows from the experience of past crackdowns that leading people onto the streets can have tragic consequences, our correspondent adds.

The security forces have used live ammunition as well as tear gas and beatings during previous protests.

DR Congo is a country the size of Western Europe and Mr Kabila had promised its first orderly transfer of power since independence from Belgium in 1960.

He took over from his assassinated father Laurent in 2001.

Elected in 2006, Joseph Kabila secured another term in controversial elections in 2011.

He was barred from running for another term under the constitution, and was supposed to step down two years ago, but the election was postponed after the electoral commission said it needed more time to register voters. 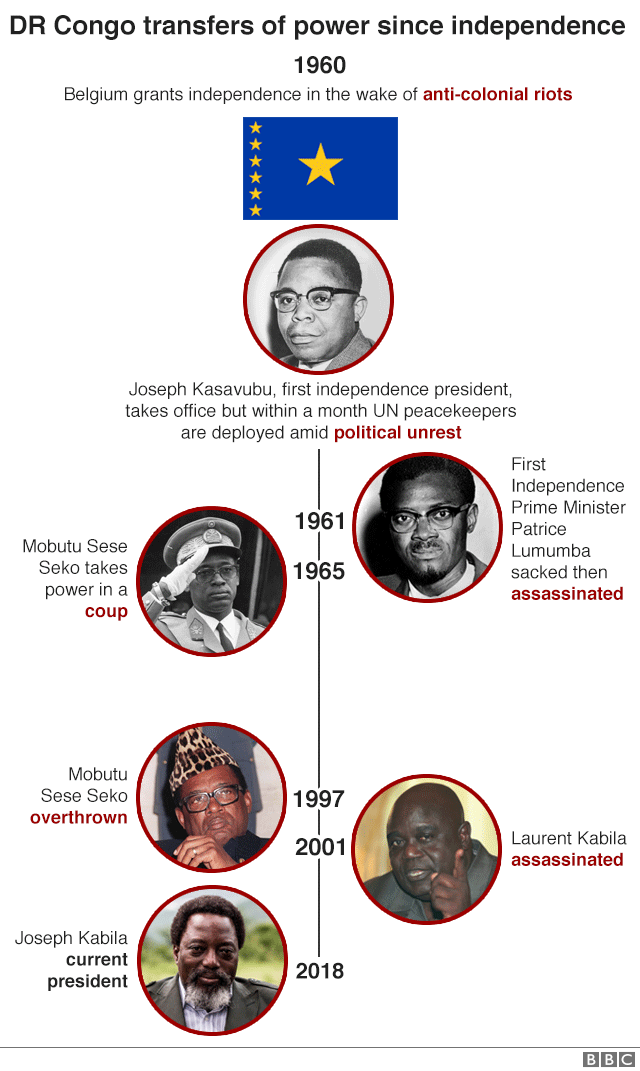