About 300 people are missing after a dam collapsed at an iron ore mine in south-eastern Brazil, officials say.

The break caused a sea of muddy sludge that buried the dam's cafeteria where workers were eating lunch on Friday.

Rescue teams used earth-moving machinery at the site near the town of Brumadinho, in Minas Gerais state.

It is not clear what caused the collapse of the dam, owned by Brazil's largest mining company, Vale.

The collapse comes just over three years since a dam burst in Mariana, also in Minas Gerais, killing 19 people, in what is considered Brazil's worst environmental disaster.

What do we know about the collapse?

The dam near Feijão iron ore mine burst its barrier at around 13:00 local time (15:00 GMT) on Friday, flooding another dam down below.

The torrent of sludge cut through the dam's complex, nearby farms and the neighbourhood where many of the workers live, destroying houses and vehicles.

The Globo website later reported that rescue officials provided the following breakdown on the number of the missing:

Dozens of trapped people, many of them covered in mud, had to be evacuated by helicopter as roads were destroyed.

Many other residents have been evacuated as a safety measure.

The company's chief executive Fabio Schvartsman said only one-third of the roughly 300 workers at the site had been accounted for.

Local firefighters also said the number of missing in the area could be as many as 300.

"I'm anxious, I want news," 28-year-old Helton Pereira told the BBC as he waited outside a hospital in nearby Belo Horizonte - his 28-year-old wife and 35-year-old sister worked at the dam's cafeteria and were both missing.

The search is being carried out by 100 firefighters with 100 more expected to join them on Saturday.

"From now, the odds are minimal and it's most likely we'll recover only bodies," Governor Zema said. 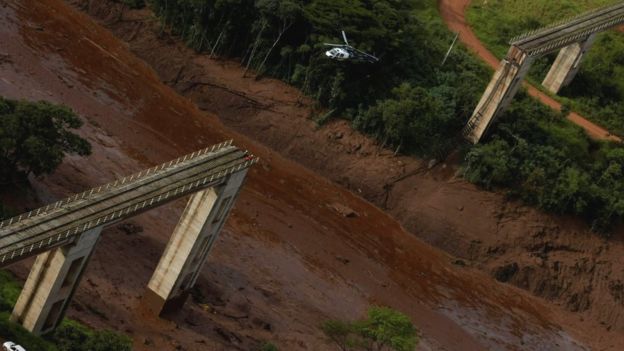 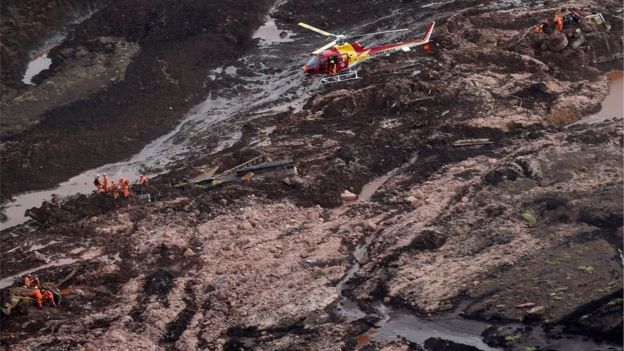 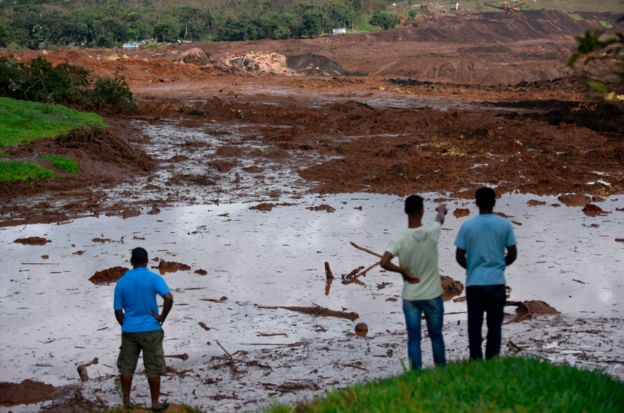 Image caption: The powerful current swept everything in its way

Built in 1976, the dam was one of several in the area and it was used to hold residue from the mine.

It had capacity for 12m cubic metres and had been an inactive site for three years, Vale said.

On Saturday, President Jair Bolsonaro flew over the disaster area in a helicopter.

He tweeted that it was hard not to get "emotional" after seeing the scale of the devastation. 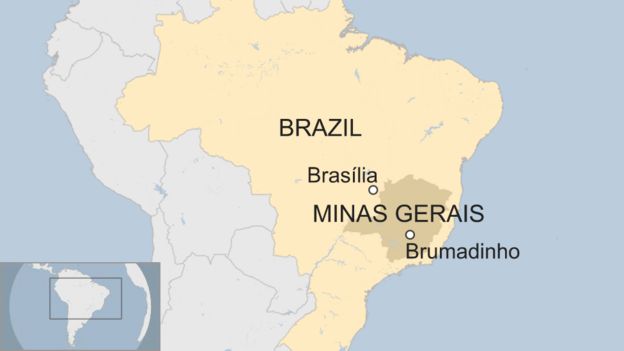 Vale chief executive Fabio Schvartsman called it a "human tragedy" and said a German company, hired to assess the dam, indicated in the most recent report last September that it was stable.

The firm said it was monitoring all its other dams.

A report by Folha de S.Paulo newspaper said the risk of collapse of the dam had been mentioned in a "tense meeting" that approved its licence last month (in Portuguese). 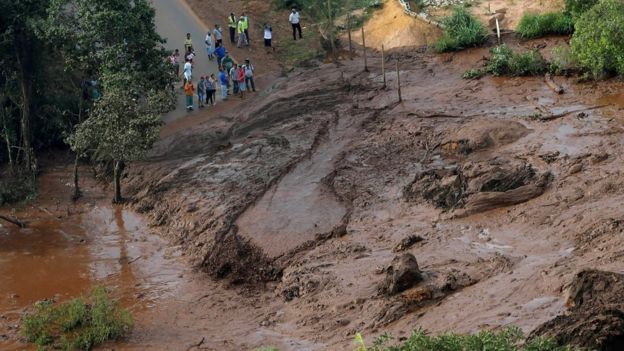 Image caption Roads have been destroyed by the sludge, complicating rescue efforts

The environmental activist group Greenpeace said the dam break was "a sad consequence of the lessons not learned by the Brazilian government and the mining companies."

It said the incidents "are not accidents but environmental crimes that must be investigated, punished and repaired".

On 5 November 2015, a dam - also owned by Vale, along with BHP Billiton - burst at a Samarco mine in Mariana.

After a lengthy court case, BHP Billiton and Vale reached a settlement worth at least 6.8bn reais with the Brazilian government.