A US judge has sentenced Mexican drug kingpin Joaquín "El Chapo" Guzmán to life in prison plus 30 years.

Guzmán, 62, was found guilty of 10 charges, including drug trafficking and money laundering, by a federal court in New York in February.

He escaped a Mexican jail through a tunnel in 2015 but was later arrested. He was extradited to the US in 2017.

He is a former head of the Sinaloa cartel, which officials say was the biggest supplier of drugs to the US.

During the trial, witnesses said he had tortured his cartel's enemies.

Speaking through an interpreter just before Wednesday's sentencing, Guzmán said in the Brooklyn courtroom his confinement in the US had amounted to "psychological, emotional, mental torture 24 hours a day".

He also said he had received an unfair trial, accusing jurors of misconduct.

The life sentence was the minimum Guzmán faced. The additional 30 years were for unlawful uses of firearms. 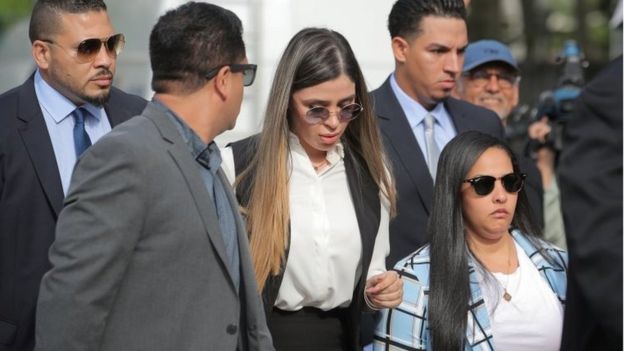 Prosecutors said Guzmán would be serving his sentence behind "tonnes of steel", referring to a high-security prison in Colorado.

It was not immediately clear if Guzmán would appeal against the verdict.

Who is El Chapo?

"El Chapo" (or "Shorty") ran the cartel in northern Mexico.

In 2009, Guzmán entered Forbes' list of the world's richest men at number 701, with an estimated worth of $1bn. 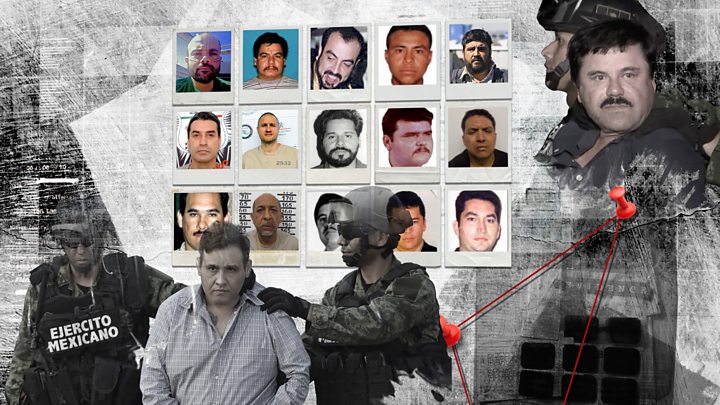 He was accused of helping bring hundreds of tonnes of cocaine into the US and of conspiring to make and distribute heroin, methamphetamine and marijuana.

He was also said to have used hitmen to carry out hundreds of murders, assaults, kidnappings and acts of torture.

Key associates, including one former lieutenant, testified against Guzmán.

What was heard during the trial?

It provided shocking revelations about the drug lord's life.

Court papers accused him of having girls as young as 13 drugged before raping them.

Guzmán "called the youngest of the girls his 'vitamins' because he believed that sexual activity with young girls gave him 'life'", said Colombian drug trafficker Alex Cifuentes, a former associate. 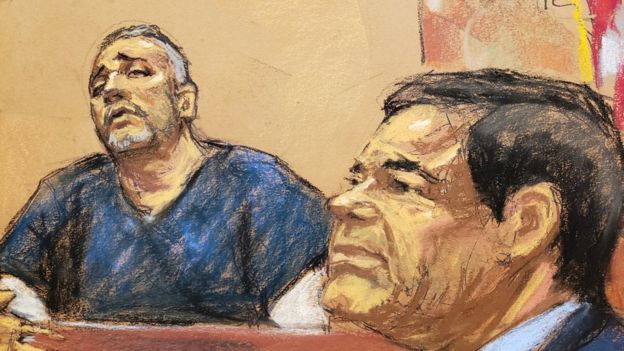 Former bodyguard Isaias Valdez Rios said Guzmán beat two people who had joined a rival cartel until they were "completely like rag dolls". He then shot them in the head and ordered their bodies be thrown on a fire.

In another incident, he had a member of the rival Arellano Felix cartel burned and imprisoned before taking him to a graveyard, shooting him and having him buried alive.

Guzmán is also alleged to have had his own cousin killed for lying about being out of town, and ordered a hit on the brother of another cartel leader because he did not shake his hand.

The court heard details of his 2015 escape from Mexico's maximum-security Altiplano prison. His sons bought a property near the prison and a GPS watch smuggled into the prison gave diggers his exact location.

At one point Guzmán complained that he could hear the digging from his cell. He escaped by riding a specially adapted small motorcycle through the tunnel.

He also used software on his phone to spy on his wife and mistresses, which allowed the FBI to present his text messages in court.

In one set of texts, he recounted to his wife how he had fled a villa during a raid by US and Mexican officials, before asking her to bring him new clothes, shoes and black moustache dye.

Why was this trial significant?

Guzmán is the highest profile Mexican drug cartel boss so far to stand trial in the US.

The drug war in Mexico - pitting the Mexican and US authorities against cartels smuggling drugs into the US and the cartels against each other - has killed about 100,000 people over more than a decade. 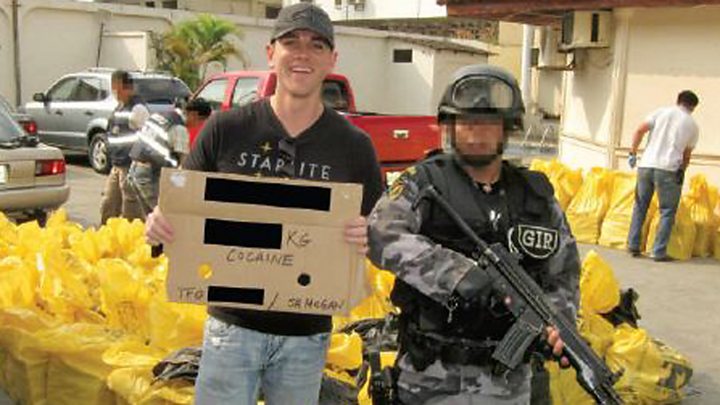 Guzmán achieved notoriety for twice escaping custody in Mexico as well as avoiding arrest on numerous other occasions.

Among some in his home state, he had the status of a folk hero, a popular subject of "narcocorridos" - musical tributes to drugs barons.

In 2016, he gave an interview to Hollywood actor Sean Penn in a Mexican jungle following his escape the previous year and boasted that he was the world's leading supplier of heroin, methamphetamine, cocaine and marijuana.

He was later recaptured in the north-western town of Los Mochis. During the raid he fled through a drain but was later caught by troops in a shootout. 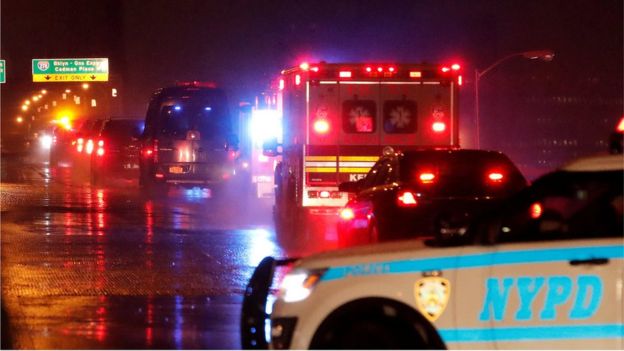 The US indictment against him was a consolidation of charges from six federal jurisdictions across the country, including New York, Chicago and Miami.

Prosecutors pooled together evidence acquired over more than a decade, including from international partners such as Mexico and Colombia, to build their sweeping case.

The trial jurors were anonymous and were escorted to and from the courthouse in Brooklyn by armed marshals after prosecutors argued that Guzmán had a history of intimidating witnesses and even ordering their murders.

Ugandan cows 'to get birth certificates'