Beijing has ordered everyone returning to the city to go into quarantine for 14 days or risk punishment in the latest attempt to contain the deadly new coronavirus, state media report.

Residents were told to "self-quarantine or go to designated venues to quarantine" after returning to the Chinese capital from holidays.

The measure came as Egypt confirmed the first coronavirus case in Africa.

Over 1,500 people have died from the virus, which originated in Wuhan city.

The notice on Friday from Beijing's virus prevention working group was issued as residents returned from spending the Lunar New Year in other parts of China.

The holiday was extended this year to help contain the outbreak.

China's national health commission on Saturday reported 143 new deaths, bringing the toll to 1,523. All but four of the latest victims were in hard-hit Hubei province.

A further 2,641 people have been newly confirmed as infected, bringing the national total to 66,492.

Outside mainland China, there have been more than 500 cases in 24 countries, and three deaths: one each in Hong Kong, the Philippines and Japan.

A World Health Organization (WHO)-led mission to China will start its outbreak investigation work this weekend, focusing on how the virus - officially named Covid-19 - is spreading and its severity, director Tedros Adhanom Ghebreyesus said.

The mission, including international experts, will also look at how and when more than 1,700 health workers contracted the virus.

The team consists of 12 international members and their 12 Chinese counterparts.

"Particular attention will be paid to understanding transmission of the virus, the severity of disease and the impact of ongoing response measures," said Dr Mike Ryan, executive director of the WHO health emergencies programme.

Egypt's health ministry on Friday confirmed the first case of the coronavirus in Africa.

The ministry described the person as a foreigner but did not disclose the nationality.

It said it had notified the WHO, and the patient had been placed in isolation in a hospital.

Experts had earlier warned that it may not be long before the first case was confirmed in Africa, given its increasingly close ties to China.

Zeng Yixin, vice minister of China's National Health Commission, said 1,102 medical workers had been infected in Wuhan and another 400 in other parts of Hubei province.

"The duties of medical workers at the front are indeed extremely heavy; their working and resting circumstances are limited, the psychological pressures are great, and the risk of infection is high," Mr Zeng said, as quoted by Reuters news agency.

Local authorities have struggled to provide protective equipment such as respiratory masks, goggles and protective suits in hospitals in the area.

On 7 February, the plight of medical workers was highlighted by the death of Li Wenliang, a doctor at Wuhan Central Hospital who had tried to issue the first warning about the virus on 30 December.

He had sent out a warning to fellow medics but police told him to stop "making false comments".

What are the other developments?

- In the UK, health officials contacted hundreds of people who attended a conference in London, after it emerged that one of them was diagnosed with coronavirus

- In Vietnam, which borders China, thousands of people in villages near the capital, Hanoi, have been put under quarantine after several cases were discovered. Vietnam has now confirmed at least 16 cases

- The Red Cross has called for sanctions relief for North Korea, which would allow the aid agency to transfer funds to buy equipment. Testing kits and protective clothing are urgently needed to prepare for a possible outbreak, it says 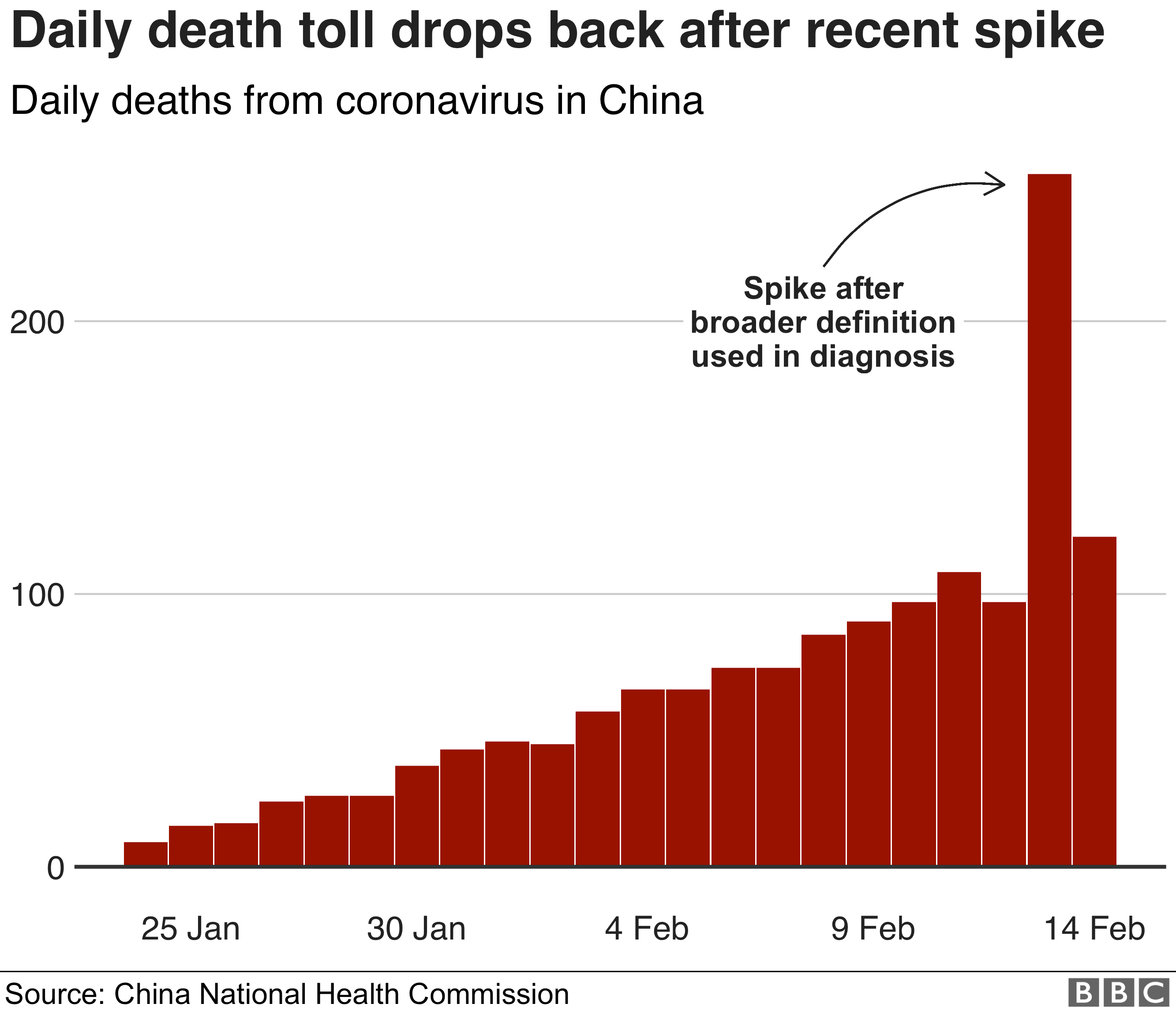 Cobbler jailed 15 years for having sex with minor