Iran says it has arrested the person who filmed the footage showing a Ukrainian passenger plane being shot down by a missile.

It is believed the person being detained will face charges related to national security.

Flight PS752 was brought down after it took off from Tehran on Wednesday last week, killing all 176 people on board.

Iran has said it was shot down by accident and announced the arrest of several people over the incident.

President Hassan Rouhani said his country's investigation would be overseen by a "special court".

"This will not be a regular and usual case. The whole world will be watching this court," he said in a speech.

Mr Rouhani also stressed that the "tragic event" should not be blamed on one individual. 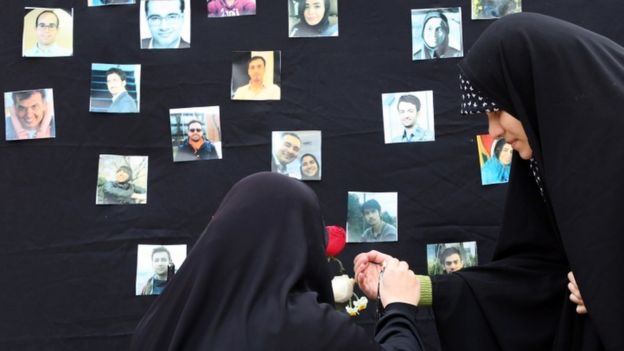 "It's not only the person who pulled the trigger, but also others who are responsible," he said.

When the video was shared on social media, it led analysts to say it showed the plane was hit by a missile.

Who has been arrested?

Iranian media reported that Iran's elite Revolutionary Guards had taken a person who posted a video last week of the missile striking the plane into custody.

But an Iranian journalist based in London who initially posted the footage has insisted that his source is safe, and that the Iranian authorities have arrested the wrong person.

Earlier on Tuesday, Iranian judiciary spokesman Gholamhossein Esmaili said that several people had been detained over the downing of the plane.

He added that about 30 people had been arrested for "taking part in illegal gatherings" - an apparent reference to recent anti-government protests.

The paper said this would explain why the plane's transponder seemed to have stopped working before the missile strike - it had been disabled by the first missile. 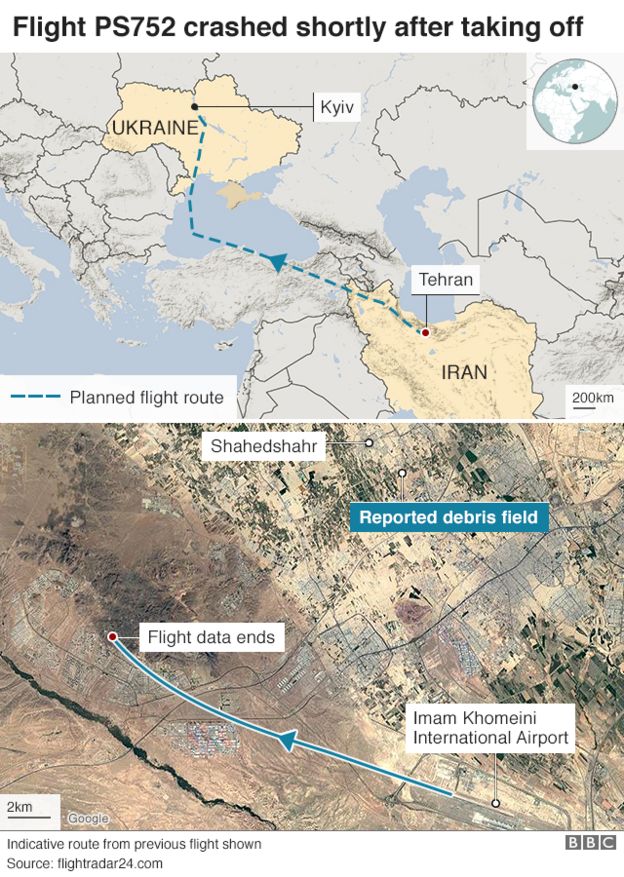 What are other countries saying?

UK Prime Minister Boris Johnson told the BBC on Tuesday that he was "glad" Iran had acknowledged making a "terrible mistake" in shooting down the plane.


PM on US-Iran tensions: "Let's dial this thing down"


"It's good that they've apologised. The most important thing now is that tensions in the region calm down," he added.

Mr Johnson said the next step for Iran was to "repatriate in a dignified way" the bodies of the passengers and crew of flight PS752, who included three Britons.

Ukraine's Foreign Minister Vadym Prystaiko said on Monday that five of the countries that had citizens on board the airliner - Canada, Ukraine, Afghanistan, Sweden and an unnamed country - would meet in London on Thursday to discuss possible legal action.

He said the "grieving nations" would work out what steps to take individually and collectively to "bring the perpetrators to justice and how we can repay those families who have suffered".

Canada, which lost 57 citizens, will meanwhile play a more active role than international rules require in the investigation into the shooting down of the airliner, according to Kathy Fox, the head of its Transportation Safety Board (TSB).

Plane dumps fuel over schools in emergency landing to LAX