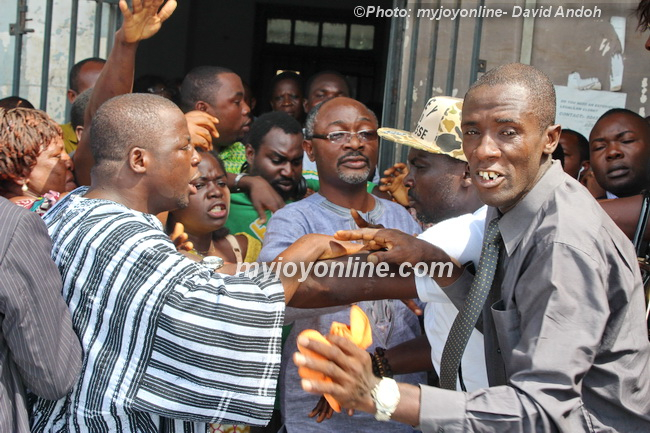 The Supreme Court has dismissed a motion by embattled businessman Alfred Agbesi Woyme challenging the state's attempt to value his assets in a bid to retrieve ill-gotten cash.

Mr Woyome on Monday challenged the legality of the valuation of some of his properties saying the act is not backed by law.

But the ruling gives the state the green light to continue a hunt down for properties of the businessman in order to value and sell them off.

For more than three years, the state has been unable to retrieve 51.2million, wrongfully paid the businessman by the NDC government in a judgement debt case.

Mr Woyome has only paid four million cedis after a private citizen and former Attorney-General Martin Amidu took on the businessman.

The amount paid so far has been described by the deputy Attorney-General Godfred Dame as "paltry with remaining payments not forthcoming".

The NDC financier is facing an oral examination  since November 2016 to help the state determine where his assets are located. His Kokomlemle home was identified by the state but the businessman denied owning the house.

The Supreme Court in July granted an order imposing a charge on any and all shares held by businessman Alfred Agbesi Woyome in some 11 companies in which he has beneficial interests.

But he once again repeated government's vow to go after all properties belonging to the businessman.

"We are not leaving any stone unturned…nothing will hinder the state," he told Joy News' Joseph Ackah-Blay.

The Woyome case is not only a legal battle but also a political fight after the former NDC government was seen as disinterested in retrieving taxpayer's money although the 2010 Auditor-General report to have been wrongfully paid.

Martin Amidu won a judgment from the Supreme Court in 2014 directing a refund of the monies. His relentless campaign only ended by the NDC government lost power in 2016 general elections.

Martin Amidu now a known anti-corruption crusader has expressed confidence in the NPP government to finish what he began about four years ago at the cost of his once high standing within the NDC.