You can criticise me without insulting me – Asamoah Gyan 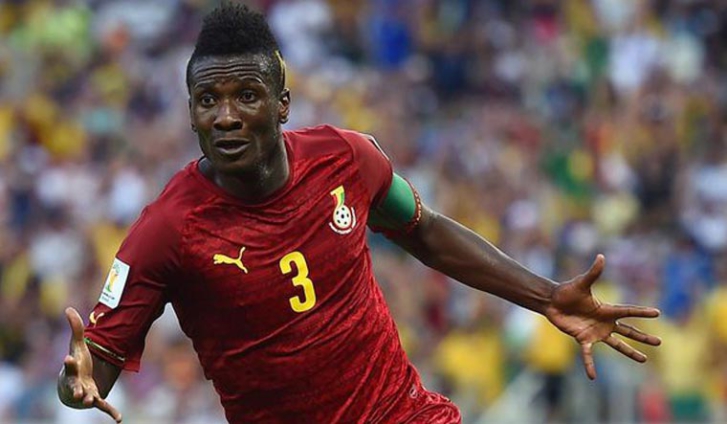 Former Black Stars skipper Asamoah Gyan has advised social commentators and football fans to criticise him without pouring insults on him.

The country’s all-time goal scorer with 51 goals has been the centre of criticism for Ghanaian football.

Speaking on JoyFM’s Super Morning Show on Monday on how he handles backlash, he said, “I’m human. Sometimes, it would get to you. Sometimes too, you’d be strong. In this world, nobody has to like you. That is why we keep on pushing.”

Gyan became the centre of discussion during the 2010 World Cup after missing a penalty kick against Uruguay, which could have sent the Black Stars into the semi-finals.

A similar occurrence happened during the semi-finals of the 2012 African Cup of Nations (AfCON) against Zambia.

Breaking his silence then in an interview with his former team, Al-Ain, Gyan said, “It is hard for a footballer to miss a penalty kick, but it happens in big championships as we saw in football history and it is destiny to shoot a penalty kick in a decisive time.”

“At these moments they have double responsibility. Many feelings simultaneously strike the players as they shot penalty kicks at this moment. In addition, he feels afraid of losing an ideal chance; it is a matter of luck mostly.”

The footballer has received a lot of backlash following the misses.

However, the forward advised critics to critique him based on facts without attaching any personal sentiments.

“You can criticise me. Why not? This is the job I chose to do, and I’m for the people. When you criticise me with facts, then we go. Sometimes, people attack you personally. It’s like a personal thing. That is where I don’t get it.”

Amidst the criticisms, Gyan understands that “At the end of the day, football, we’re for the people. Asamoah Gyan scores today; he’s the best player in the world. He misses tomorrow; he’s the worst player. It all comes with the territory.”

DISCLAIMER: The Views, Comments, Opinions, Contributions and Statements made by Readers and Contributors on this platform do not necessarily represent the views or policy of Multimedia Group Limited.
Tags:
Asamoah Gyan
Black Stars
JoyFM Super Morning Show (SMS)