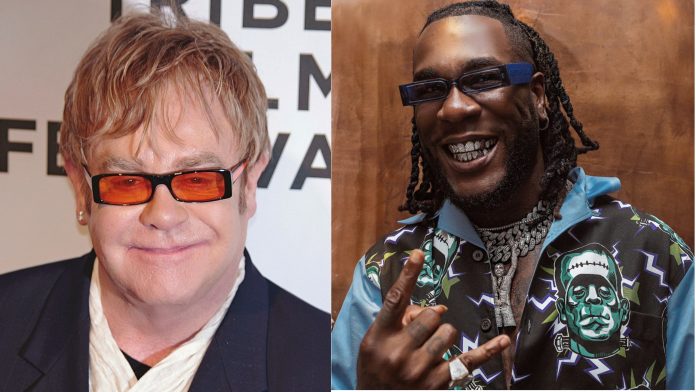 British singer and songwriter, Elton John, has said he is open to working with Nigerian musician Burna Boy.

According to him, the ‘Last Last’ hitmaker’s music is fantastic and it makes him happy.

Speaking on his Rocket Hour podcast, Mr John said that Burna Boy is one of the greatest artists ever to come out of Africa adding that he “absolutely” loves and cherishes music from the Nigerian act.

“You are the one artist that I really would love to do something with, because you really make me happy, and your music is just so fantastic,” he noted.

Burna Boy who was on the Rocket Hour podcast was pleased to know the celebrated musician was a fan of his.

He told Elton John that he has been looking forward to working with him.

Elton John popularly known as Rocket Man would become one of many singers and songwriters Burna Boy has worked with, if this move materialises.

The Nigerian act has worked with household names like Sam Smith, Ed Sheeran, Jorja Smith, Rita Ora, Stormzy and Dave all from Britain.

He has also worked with Beyonce, Major Lazor, J Hus, Pop Smoke, Mahalia, DJ Snake, Vybez Cartel and many others.

Meanwhile, he also talked about working on his new album ‘Love, Damini’ on the podcast.

“Started last year and then, it’s been an amazing process. It’s been nothing but a blessing. It’s been an experience most important.”

The first single off the album Last Last was released in May.