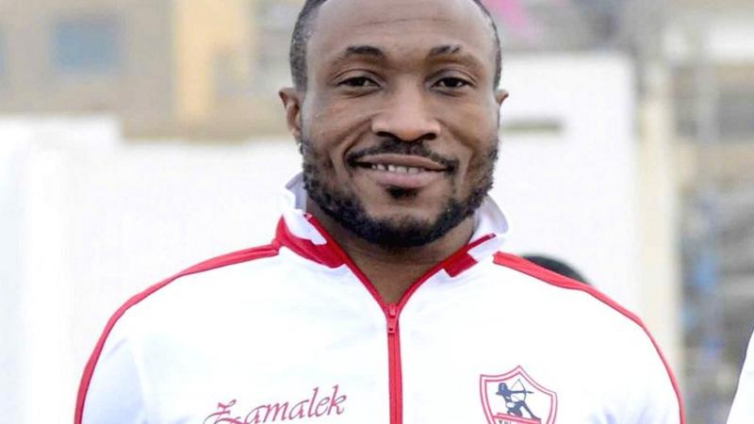 Egyptian giants Zamalek will be handed a transfer ban at the end of March unless the Cairo club pays its former player Benjamin Acheampong over $1m as instructed by the Court of Arbitration for Sport (Cas) in December.

Fifa’s Disciplinary Committee, which sat to discuss the issue last week, advised the relevant parties of its findings on Monday.

Three months ago, Cas ruled that the five-time African champions must pay the 30-year-old around $1.1m after finding that the player had been forced into breaking his contract by the club’s actions.

Cas found the Ghanaian had ‘no other option but to terminate’ his Zamalek contract, citing – among other reasons – his lack of proper payment, his exclusion from training and from the squad for his second season at the club.

“Zamalek Sports Club is granted a final deadline of 30 days as from notification of the present decision in which to settle said amount,” Fifa’s Disciplinary Department wrote to the concerned parties on 1 March.

“Upon expiry of the aforementioned final deadline and in the event of persistent default or failure to comply in full with the decision within the period stipulated, a transfer ban will be pronounced until the complete amount due is paid.”

Meanwhile, Acheampong, who has been fighting for his money since cancelling his contract in June 2018, has described his joy at the decision by Fifa, which had initially ruled against him in August 2019.

“I feel great – great that the decision went in my favour for a second time,” he told BBC Sport Africa. “I feel vindicated. At the end of the day, the truth speaks.

“Now the decision is in my favour, I am desperate that Zamalek follow the instructions and pay the money as soon as possible. I am very, very happy.”

Fifa’s decision means that it was not persuaded by evidence presented by Zamalek that it had reached agreement with former Egypt captain Nader El Sayed, now a football agent, that Acheampong had agreed to settle for just $250,000 instead.

El Sayed recently told the BBC that he was still representing Acheampong even though the Ghanaian maintains that he has not seen a man capped over 100 times by Egypt, with whom he won the 1998 Africa Cup of Nations, in three years.

Nonetheless, this did not stop both El Sayed and Zamalek recently presenting three documents bearing Acheampong’s name to Fifa, with the player having told BBC Sport Africa that he signed none of them.

Zamalek failed to comment when approached by the BBC.

“This is an important message from Fifa that they do not tolerate the abusive behaviour of Zamalek and Nader El Sayed,” Roy Vermeer, a lawyer with global players’ union Fifpro, told BBC Sport Africa.

“It’s time that Zamalek starts engaging in a discussion with the player and his real legal representatives instead of playing tricks to get out of their obligations.”

Zamalek are one of the biggest clubs not only in Egypt but also in Africa, where their tally of five African club crowns is only beaten by great rivals Al Ahly, and the Middle East.

A transfer ban would restrict their chances of returning to the top of the continental game, with the club having twice contested – and twice lost – two African Champions League finals in the last five years.

“[Zamalek] shall be able to register new player, either nationally or internationally, only upon the payment to [Acheampong] of the total outstanding amount,” Fifa added.

“In addition, a deduction of points or relegation to a lower division may also be ordered in addition to a transfer ban in the event of persistent failure, repeated offences or serious infringements or if no full transfer could be imposed or served for any reason.”

Zamalek was also ordered to pay just over $30,000 by the end of the month.

The club has ten days to request the full reasoning for the decision, with any failure to do so meaning the Fifa decision will become “final and binding”.

DISCLAIMER: The Views, Comments, Opinions, Contributions and Statements made by Readers and Contributors on this platform do not necessarily represent the views or policy of Multimedia Group Limited.
Tags:
Benjamin Acheampong
FIFA
zamalek