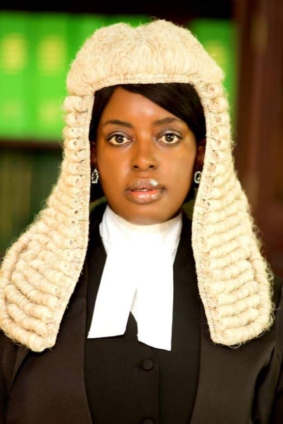 Zambia’s chief state prosecutor says her life is in danger after the government withdrew all her security.

Lillian Siyunyi, who was appointed by the previous government, has fallen out with the new administration and is a subject of complaints against her professional conduct at the Judicial Complaints Commission (JCC).

As one of highest constitutional office holders in Zambia, the Director of Public Prosecutions swears an oath of secrecy which in part reads: “I will not directly or indirectly reveal or transmit any information or matter as shall be made known to me by reason of my office except as may be required in the discharge of my duties as such or with the authority of the president.”

Ms Siyunyi told the BBC that both the president and the attorney general had denied her request.

She complained that despite the waiver being denied, the JCC had proceeded with the hearing of the complaints against her.

Ms Siyunyi added that if she responded to any of the charges against her before the lifting of her oath of secrecy, she would be breaking the constitution and committing a crime.

“I have had to escape from home on more than three occasions” after threats from known ‘operatives’.”

“I am not at all saying that I am above the law but that there must be total compliance with the provisions of the constitution of Zambia which we all must uphold if we are to uphold the rule of law and protect human rights for all,” she said.

Presidential spokesperson, Anthony Bwalya, has since last week not responded to a BBC query on the matter.

On Monday, Information Minister and Chief government Spokesperson, Chushi Kasanda, referred all questions to Justice Minister Mulambo Haimbe who was contacted by the BBC but has not yet responded.

DISCLAIMER: The Views, Comments, Opinions, Contributions and Statements made by Readers and Contributors on this platform do not necessarily represent the views or policy of Multimedia Group Limited.
Tags:
Lilian Siyunyi
Zambia