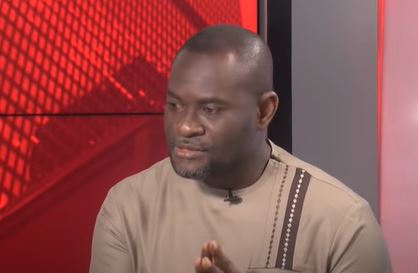 Deputy Finance Minister, Dr John Kumah has emphasised that only Gh₵36million has so far been spent on the government’s Agenda 111 project.

Speaking on JoyNews’ The Probe on Sunday, August 22, 2021, he explained that “the initial Gh₵36 million that has been paid has to do with the coordination of these activities; the designing, the drawings, the architecture, and all the important construction arrangements you need to put in place to be able to say you’re ready for take-off.”

He stated, however, that this is different from the main cost involved in the execution of the project, adding that more funds will be generated in addition to the GH¢600 million in the Health Infrastructure account to support the completion of the project.

JoyNews/AdomNews · GH₵ 36 Million Has Been Spent On Agenda 111

He was speaking on the back of the launch of government’s Agenda 111 project. Following the launch, a lot of concerns have been raised as to how the government is going to finance the project since some projects previously started, have stalled due to a lack of funding.

“We are looking at all sources, even if it means syndicating loans to ensure that we are able to complete these facilities,” he added.

He further dismissed claims that the funding for Agenda 111 will be taken from the Ghana Infrastructure Investment Fund (GIIF).

Dr John Kumah clarified that GIIF is only a vehicle for mobilising funds for the project which is aimed at improving health care delivery in the country.

“The government wants to use GIIF as a vehicle, to raise the financing, for the Agenda 111. It doesn’t mean that GIIF itself is the funding source. So, as we speak, we have created a special purpose vehicle account called the GIIF Health Infrastructure Account,” he added.

DISCLAIMER: The Views, Comments, Opinions, Contributions and Statements made by Readers and Contributors on this platform do not necessarily represent the views or policy of Multimedia Group Limited.
Tags:
Agenda 111
Dr John Kumah
The Probe