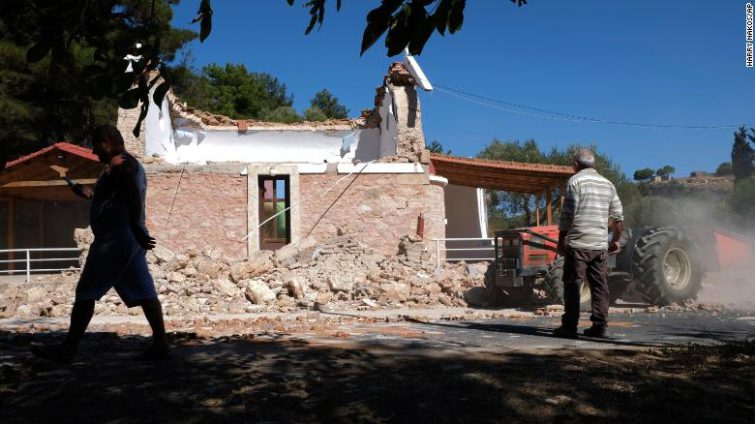 One man has died and nine people have been injured following a strong earthquake that shook the Greek island of Crete on Monday, Greece’s General Secretariat for Civil Protection confirmed to CNN.

The earthquake, which hit at 9.17 a.m. local time, had a magnitude of 5.8, according to the Athens Geodynamic Institute.

It said the quake’s epicenter was 14 miles northwest of the seaside village of Arvi in southeastern Crete, at a depth of six miles.

The man who has been confirmed dead was removed unconscious from a chapel in the town of Arkalochori, south of the island’s capital, Heraklion.

He had been working on renovations to the chapel.

Civil protection authorities confirmed to CNN that there has been extensive damage to some buildings, mostly old ones and that schools have been closed for the day.

Government officials are on the ground to take stock of the damage.

The Greek Fire Service said in a statement that its forces in the region were immediately mobilized, with patrols being carried out in the wider area.

Crete is the largest and most populous of all the Greek islands, with a population of more than 634,000, according to European Union data.

The European-Mediterranean Seismological Centre (EMSC) earlier reported the earthquake had a preliminary magnitude of 6.5.