10 Ghanaian players who need a transfer this summer 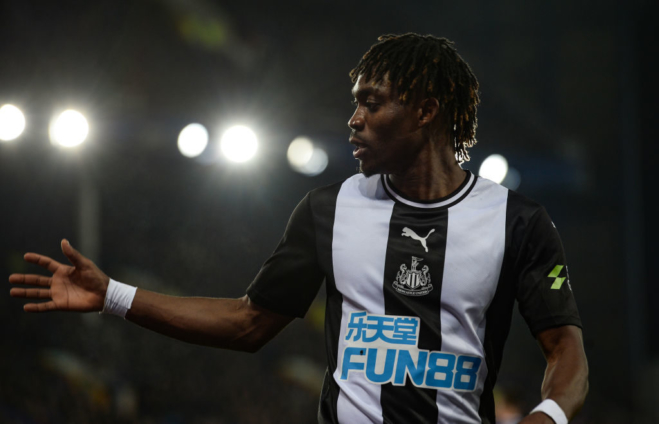 It’s that time of the year again; when the rumour pipes swell up, record deals are broken and dream moves are fulfilled.

This year, the summer transfer window comes with a different spice due to the enforced Covid-19 lockdown.

The window will open the day after the season finishes, on Monday, July 27. It will then run for 10 weeks before closing on Monday, October 5.

So far, the pace has been set for Ghanaian transfers with forward Kudus Mohammed joining Ajax on a five-year deal.

More Ghanaian deals are expected to be completed with Thomas Partey heavily linked to Arsenal and Mohammed Salisu close to joining Southampton.

The Joy Sports team have compiled a list of 10 other Ghanaian players who are most likely to get a move this summer.

The left back enjoyed a run of games in Belgium on loan at Zulte Waregem.

He played 23 games and was very impressive going forward, registering three assists in the process.

He returns to his parent club Red Bull Salzburg next season ready to fight for a place. However, with the form he showed in Belgium, it’ll be imperative that he keeps that up by getting more minutes under his belt.

At just 22 years, time is on Mensah’s side but he would need to be in a team where he gets adequate playing minutes. With Lumor and Rahman failing to stake a claim on the left back spot for the Black Stars, a good move by Mensah this summer could see him become a regular in that position.

The reason Lumor Agbenyenu has failed to make the left back spot in Ghana his own is due to lack of consistency.

The 23-year-old defender joined Sporting CP in 2018 and has since been on two loan spells; Göztepe and most recently RCD Mallorca.

Despite picking up a couple of injuries, Lumor played 24 matches for Mallorca scoring in his final La Liga game.

It looks like Lumor may not have a place in the long term plans of Sporting CP and might need to go on loan again next season or secure a permanent transfer.

Strange to think that Baba Rahman is still a Chelsea player. He signed a further one year extension, meaning he will remain a Blue until 2021 at least.

Rahman after an impressive loan spell with Reims looked to continue in similar vein after he joined Mallorca on loan.

Unfortunately, his recurrent knee problems limited him to just three games totaling 198 minutes. With such numbers, it will be difficult for Mallorca to extend the loan deal especially after they were relegated.

Chelsea are also in the market for a new left-back this summer leaving Rahman’s future at the club in doubt.

Fast forward four years and he has become one the hottest prospects in the Danish League. The center back’s contract was due to expire on June 30, 2020, but he decided to extend by a month to help FC Nordsjælland see out the season.

Suleman featured in 29 matches for the Danish side this season, scoring one goal and winning three man of the match awards.

He is officially a free agent and is expected to make a decision on his future with Brighton and Sheffield United knocking.

The forward spent the past two seasons on loan at LASK Linz in the Austrian league.

This season, he contributed to 17% of LASK’s goals, scoring seven and assisting seven in 42 appearances.

Tetteh will return to his parent club Red Bull Salzburg when the season resumes.

It remains to be seen as to whether the 23-year-old’s exploits with LASK will earn him a starting place at Salzburg or whether he has to move on.

The first year of Bernard Tekpetey’s loan to Fortuna Düsseldorf did not go as planned with the forward seeing limited minutes and the club getting relegated.

Tekptey played in only 10 games, registering a single assist all season.

There are talks of Schalke 04 and Düsseldorf cancelling the loan deal which was expected to run through to 2021.

If that happens, Tekpetey will be free to join a new team this summer.

An incredible season for Idrissu Baba as he impressed in his debut La Liga season with RCD Mallorca.

He started 38 games for the Spanish side and was always a key figure in the middle of the park dictating play.

Mallorca couldn’t stay in La Liga so Baba will need to make a decision on his future.

At 24 years, he would want to play in a top class league to show the world what he is capable of. So far, he’s been linked with Atletico Madrid as a replacement for Partey – in case the latter leaves.

Kasim Nuhu enjoyed a mixed bag of performances during his loan spell at Fortuna Düsseldorf.

The center back featured in 15 games for the German club scoring two goals in the process.

With Düsseldorf relegated and no talks of a loan extension, Nuhu has returned to his parent club Hoffenheim.

Regular game time at Hoffenheim may be hard to come by next season so Nuhu might have to look elsewhere.

Nana Ampomah is yet to hit the heights expected when he signed for Fortuna Düsseldorf last season.

The winger managed just 16 appearances at the club, scoring two goals and providing an assist.

Ampomah switched to the Bundesliga from Belgium in order gain more visibility. Unfortunately, Düsseldorf won’t be in the Bundesliga next season after being relegated.

The 24-year-old will need to make some decisions about his future especially if he wants to break into the Black Stars squad.

Things just haven’t been the same again for Christian Atsu after he suffered that gruesome injury in the 2019 Africa Cup of Nations.

The timing of the injury and the form of Almiron hasn’t helped the Ghanaian winger as he has been limited to just 24 appearances in all competitions this season.

Despite the lack of consistent game time, Atsu has still managed 5 assists in the limited minutes he has played this season.

Newcastle are expected to invest this summer with many players leaving. Atsu, could be one of the names that leave the Toons.