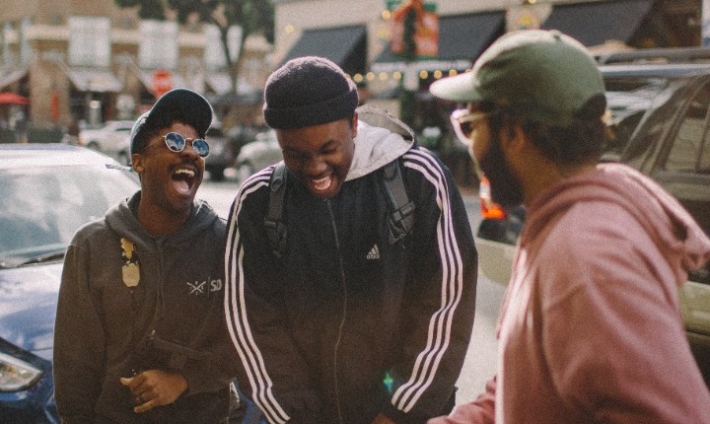 A very wise man once said, “Show me your friends, and I’ll show you who you are.” The longer I live, the more I realize that this old saying is preaching the truth.

Statistically, we are the average of the five people we spend the most time with. You are who you hang out with — and there’s nothing wrong with judging someone by their entourage.

Believe it or not, you can learn a lot about the guy you’re dating by meeting your boyfriend’s friends.

A man’s entourage can tip you off to his real personality.

Here are 12 things you can learn just by meeting your boyfriend’s friends.

1. His likelihood of cheating.

Do you know if his buddies have side pieces? If they do, don’t date him!

Studies show that one of the biggest predictors of cheating is whether his friends are currently having affairs on their wives and girlfriends.

2. His attitude toward women in general.

Birds of a feather tend to flock together, especially when it comes to attitudes on women. Misogynistic men tend to hang out with other misogynistic men.

If you hear his friends talking about how women “don’t function on logic” or anything else like that, you can assume he’s not much better and that it’s time to bail.

3. His chances of being a creep.

Most guys worth dating will have at least one female friend around them, and there’s a reason for this. Women are open to just being friends with men, but not when men are creeping them out.

If guys can’t even keep a female friend around them, it’s a sign that they are doing something seriously wrong.

4. How compatible his lifestyle really is with yours.

You might like him, but let’s just be real, liking isn’t enough. On a similar note, if all his friends come from a very different background than yours and have a lifestyle that’s basically your polar opposite, chances are high that he lives the same type of life.

If you can’t match with that, you probably aren’t compatible in terms of lifestyle.

5. How likely it is that his parents will accept you.

A good rule of thumb is to take a look at his entourage. In most cases, parents like the friends their kids have or want their friends to be a bit more conservative.

If you are the “odd one out,” then you may have disapproving parents to deal with if you get serious.

6. If he’s actually serious about you.

Don’t know his friends? Never got introduced to them, except by accident? Haven’t met them unless you badgered the ever-loving hell outta him?

Well, this is a sign that he’s not serious about you, especially if you’ve been dating for more than six months.

7. If something is wrong with the relationship that you might not notice.

I’ve learned this from personal experience. If you notice that his friends are shooting you sympathetic, confused, or pitying looks, then you should be worried.

It’s a sign he’s cheating on you or otherwise doing something sketchy.

8. If he’s talking smack about you behind your back.

Another thing I’ve learned is to be wary if you notice his friends acting unusually cruel, mean, or icy towards you. In many cases, this is a sign that he’s saying pretty awful things about you behind your back or that you might be the unwitting other woman.

Either way, see this as grounds for breaking up.

9. If you would want to be with him long-term.

His friends are going to be part of his life, with or without you in it. If you legitimately can’t stand being around any of his friends, you should not consider being around him long-term.

These things can and do cause rifts between couples, and that’s not good for the health of the relationship.

10. His chances of being successful in life.

If the five friends he has around him all the time don’t have jobs, he probably will not have much going on in his life either… unless he changes his life.

His friends will likely have the same values as he does. If his friends are highly religious, chances are that he’ll begin to skew towards religiosity as he gets older, too, even if he doesn’t seem religious right now.

Similarly, if his friends don’t value education, he probably won’t either. Look at his friends and ask if you have similar values to them. If you don’t, you might want to rethink your relationship with him.

People who have a bunch of friends who are married are far more likely to get married and look for long-term commitment than people whose friends are still single.

If you see a lot of wedding rings on his friends, that’s a good sign that he wants to get married to someone sooner rather than later.

Here are some tips to help you when meeting your boyfriend’s friends for the first time.

It is important to show up as your authentic self. No one likes a brown-noser. Be who you are everyday, and his friends will appreciate that just like he does.

You don’t have to memorize sports stats or the latest car models to impress his friends. Make casual conversation. Besides, people can see right through the fake-nice girl act really quickly.

Of course his friends are coming with an arsenal of questions. Wouldn’t your friends? They want to know about you just as much as you are wondering about them.

Set boundaries, and be prepared to do some talking.

Now, you don’t have to go out and spend thousands, but make sure you look good. You represent your man, and you want him proud to introduce you as his lady.

When you look good, you feel good and feeling good will make you more relaxed.

Men like to show off what they value, and girl you are the prize!

DISCLAIMER: The Views, Comments, Opinions, Contributions and Statements made by Readers and Contributors on this platform do not necessarily represent the views or policy of Multimedia Group Limited.
Tags:
Friends
Relationship