14-year-old pregnant girl, 23 others rescued from being trafficked to Côte d’Ivoire 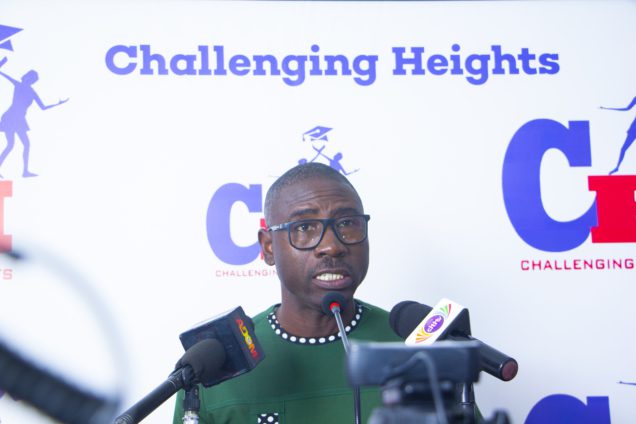 A 14-year-old girl who is pregnant and 15 other children have been rescued from being trafficked from the Central Region to Cote d’Ivoire.

The children, according to rescuers were being trafficked into forced labour and forced marriages.

Speaking to Joynews, CEO of Challenging Heights, James Kofi Annan, indicated that this latest operation brings the total number of children the organization has rescued this year to 57.

He said Challenging Heights has, within the month of September, aided the rescue of 24 more children from child labour.

Eight of the children, he said were rescued through the organization’s conventional approaches, while 16 others were rescued on Ghana’s borders with its neighboring countries.

According to him, the children rescued were made up of six girls and 18 boys, with one of the girls being pregnant at the age of 14 years.

“Modern slavery occurs in almost every country in the world, and cuts across ethnic, cultural and religious lines and Ghana is not an exception,” he said.

Challenging Heights recently released a comprehensive report on child labor, which revealed that over 60% of all children found along Lake Volta villages are involved in child labor. The report did not isolate those found in forced labor, although there is evidence to show that there are over 20,000 children in forced labor on Lake Volta alone.

As Ghana government readies itself to draft the 2023 fiscal policy, Challenging Heights is calling for increased investment in the budget, to support state agencies that are at the forefront of the fight against human trafficking and modern slavery, particularly the Anti-Human Trafficking Unit of the Ghana Police Service, which is in dire need of vehicles for their operations.

He expressed gratitude to the Ghana Police Service, the Department of Social Welfare, the Ghana Navy, and others  for their selfless dedication to the cause of the most vulnerable people in the society.

DISCLAIMER: The Views, Comments, Opinions, Contributions and Statements made by Readers and Contributors on this platform do not necessarily represent the views or policy of Multimedia Group Limited.
Tags:
Challenging Heights
Forced Labour
James Kofi Annan