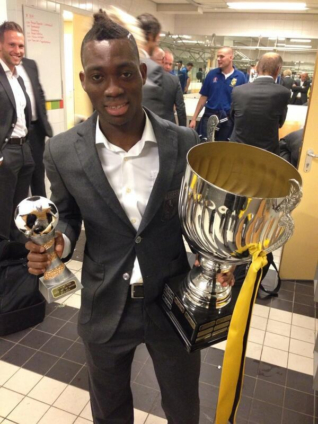 Fifteen European clubs including a huge number from the English Premier League are among those chasing Chelsea winger Christian Atsu after excelling for Ghana at the World Cup.

According to media reports in England, Everton, Aston Villa and West Ham are among those chasing the youngster over a possible loan deal in the English top-flight.

Scottish giants Celtic are also hot on the heels of the talented Ghana winger as they want to add him to their squad ahead of their participation in the UEFA Champions League.

According to the Mirror Celtic, Spanish side Espanyol, Dutch giants PSV and Hamburg of the German Bundesliga are also interested in the Ghana star.

But the sticking point is finding a club that will offer him enough game time to increase his chances of competing for a place in the Chelsea side for the following season.

The 22-year-old, who joined Chelsea from Porto at the end of last summer on a five-year deal, spent last season on loan at Vitesse in the Eredivisie where he scored five times in 28 appearances.

He played in all three of Ghana’s games in Brazil as the Black Stars crashed out of Group G with just one point.

And Atsu, who has 26 international caps, has attracted interest from a host of Premier League clubs as well as clubs in Europe.

It is thought Chelsea would prefer him to move to team in England so they can establish whether he’s ready for the physicality of Premier League football and Aston Villa, Everton and West Ham are all keen.