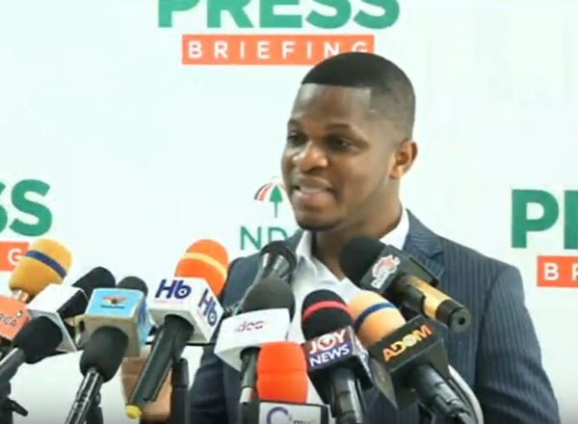 The National Democratic Congress (NDC) has registered its displeasure with the decision by the incumbent government to terminate the contract of Ghana Power Generation Company (GPGC); causing the state a whopping $170m in judgement debt.

Speaking at a press conference, Monday, June 28, the party’s Communications Officer, Sammy Gyamfi stated that the unlawful termination of the contract by the Akufo-Addo-led administration is a result of a complete dereliction of duty and recklessness.

According to him, “the NDC is appalled and disgusted by the incompetence, sloppiness and recklessness that was displayed by the NPP Akufo-Addo government particularly the AG’s department in the conduct of this case.”

Meanwhile, the Minister of Justice and Attorney-General, Godfred Yeboah Dame has accused the originators and signatories under the erstwhile John Mahama government, of failing to undertake conclusive work between the government and GPGC.

According to Godfred Dame, a report by a committee constituted in September 2016 revealed that the agreement was not properly made, and therefore would result in excessive power supply thus influencing the abrogation of the contract.

However, Sammy Gyamfi debunked the claim stating that frivolous excuses by government in terminating the GPGC contract is unjustifiable.

According to him, the Akufo-Addo-led government is solely responsible for the $170 million judgment debt the country has been slapped with for wrongful termination of the GPGC agreement.

“The fact shows that the $170 million debt awarded to GPGC was occasioned by the criminal negligence, complete dereliction of duty, and recklessness of the Akufo-Addo government in terminating the EPA without any lawful justification and not the signing of the agreement.”

He further disclosed that the incumbent government knew that terminating the contract was wrong, “therefore those who are responsible are those who were involved in the termination of the agreement on the basis of fictitious and contrived claims when they knew the danger their actions could bring this country and not those who signed the agreement which was approved by Parliament in any case.”