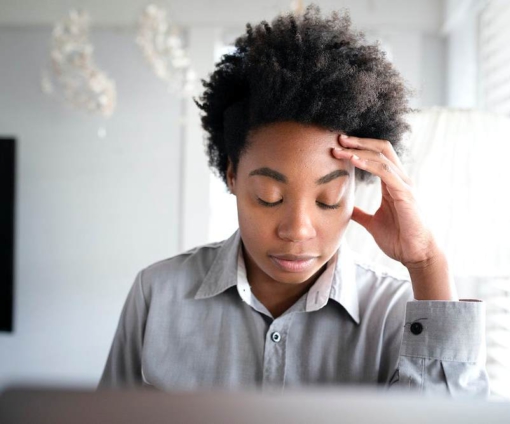 After months or years of swiping, you’ve finally found a person worth keeping around for a while. While the early part of a new relationship can be a rush of fun and excitement, those first few weeks can also help determine whether the relationship moves forward or not—and whether it will be healthy.

So, not to freak you out or anything, but it’s kinda crucial to pay attention to what goes on during that rose-colored glasses honeymoon phase.

Below are a bunch of the most common relationship mistakes made early on, according to experts.

Heed their warnings, or you could be back on that dating app sooner than expected.

You’re one week in and tell yourself, he/she/they is “the one.” These days, many people aren’t in any hurry to commit seriously. There may be chemistry and a connection, but your new partner may just see you as a short-term fling. Avoid falling too fast until you’re sure your partner views the relationship with the same level of seriousness as you do.

When it comes to passionate exclamations like, “I think I’m falling in love with you,” think it, don’t say it. The early stages of a relationship usually seem so promising, and even if you feel deeply comfortable, your emotions may be more advanced than theirs. “Share with your partner as much as they share with you and only if it feels right,” advises relationship expert Margaux Cassuto.

Mistake #3: Talking Yourself Out of Concerns

Maybe you thought it was weird how he or she checked out the server on your first date, or didn’t pick up the tab, or made an off-color “joke” that didn’t feel quite right—but all his or her charm, good looks, and intelligence makes up for it, right?! Wrong. If your gut is picking up on little things, but you keep telling yourself a certain narrative about how you could be meant for each other, it may spell disaster down the road.

Mistake #4: Blowing Them Up Constantly

It’s 2017, and texting all day long is the new normal. And when you like someone, of course, you want to talk and hear from them all the time. But compulsive texting can be a huge turnoff early in dating, as it is smothering and can show neediness and a lack of self-control. Try to match your partner’s texting frequency (unless they’re the ones overdoing it). Maintaining a bit of mystery isn’t the same thing as playing games, people.

Mistake #5: Getting Physical Too Quickly

By all means, have sex when you want, but know that sometimes when sex enters a relationship early, it can hijack your emotions and cloud your judgment, explains relationship expert LaVonya Reeves. “I think a lot of people experience this. You start dating someone and begin a relationship that’s also sexual. But, if you’re not really connected beyond the sex, it can complicate the relationship too soon.”

It’s OK to ask what he or she does for a living and how they like their job, but don’t go much beyond that. When you start asking questions like, “Do you rent or own?,” “What kind of car do you drive?,” or, “Do you invest in the market?” they’re going to know you’re digging for financial info—which is something some people are private about and prefer to save for later.

Mistake #7: Faking Interest in Their Hobbies

“You may be able to tolerate one concert, fishing trip, or ‘Ballers’ episode, but if you pretend it’s fantastic, you’re going to be stuck with it for a while. Be politely honest and, after all, being interested in different things keeps relationships interesting,” says couples therapist Karol Ward.

Mistake #8: Getting Too Clingy

Some people become smothering quickly at the beginning of a relationship, which often backfires and makes the other person eventually withdraw. “People need space,” says Reeves. “You definitely have to give your partner their private time… without you.”

It’s tempting to overlook less-than-ideal personality traits at the beginning of a relationship, either because you’re smitten, or because you really want things to work out (or both). But don’t overlook lying, name-calling, aggression, verbalized jealousy, or overindulgence in substances—as these can all be warning signs of a future toxic relationship.

Laughing off something like an overly close relationship between your partner and his/her ex in the early stages in an attempt to come off as cool may come back to bite you later on, and your partner may not understand why it suddenly irks you, says Cassuto. Be sure to express your true feelings (within reason).

Mistake #11: Trying to Predict Their Feelings

Countless conversations and texts with your friends trying to analyze and predict how into you they are can lead you down the wrong path, says life coach Georgina Taee. “Instead, focus on what you’re thinking and feeling. So many of us waste the early days of a new relationship focusing singularly on the other person.”

Think of it as a job interview: You’re not just trying to sell yourself to the company—you’re also trying to find out if it’s the right place for you, too.

It doesn’t matter how much you hated your ex—nobody wants to hear you go on and on about the last person you were with. And, if you vent about how bad and crazy they were, your new flame may start to wonder what’s wrong with you for dating someone like that. Avoid!

Mistake #13: Pinning Stereotypes on Them

When we first start seeing someone, we’re hyper-alert about little things we might not otherwise notice. You’re in the discovery phase, and it’s easy to make stereotypical judgments. For example, He lives at home? Conclusion: He must be broke. “Stop and open your mind to the possibility that you don’t truly know who the person is and use this an opportunity to find out,” says Taee.

It’s pretty common for mutual friends to be on dating apps, and it’s a huge red flag when your S.O.’s friend spots you on a dating app. Deactivate as soon as you both agree to be exclusive.

Mistake #15: Spilling Your Guts Too Soon

While you may want to be “known” by this person you’re really excited about, it might not be a good idea to go into too many details about your past relationships, toxic family, or seasonal depression, explains Anza Goodbar, an empowerment coach. “Focus on the positives and save your deep dark secrets for a time when you have built a foundation.”

Liking and commenting on every Instagram and tweet, stalking their every move, and going back years to see who they were dating… Sure, we’re all a little guilty of this, but too much of it can come off as creepy and needy (even if you’re lucky enough not to have them ever find out via an accidental “like”). “Give your partner some space online, or you’ll come across as insecure. Don’t tag your significant other in all of your posts or update your relationship status without them knowing,” says Goodbar.

Mistake #17: Trying Too Hard to Impress

Wearing clothes you feel uncomfortable in, spending lavishly on accessories you can’t afford… You’re just going to make them fall for someone who isn’t the real you. “Don’t try to be the person you think your date wants you to be.  Be confident in what you bring to the relationship. Being authentic is the best bet for building a solid foundation,” says Goodbar.

From showing up late to being glued to a phone, if you don’t speak up early, bad behaviors will continue, explains Ward. “You don’t have to be overly demanding; just set out simple boundaries and expectations, like, ‘Being late doesn’t work for me,’ or, ‘I prefer our dates to be just you and me.’

DISCLAIMER: The Views, Comments, Opinions, Contributions and Statements made by Readers and Contributors on this platform do not necessarily represent the views or policy of Multimedia Group Limited.
Tags:
Mistakes
Relationships