2 dead, 3 others injured in a fire outbreak at Korle-Bu Police barracks - MyJoyOnline.com

2 dead, 3 others injured in a fire outbreak at Korle-Bu Police barracks 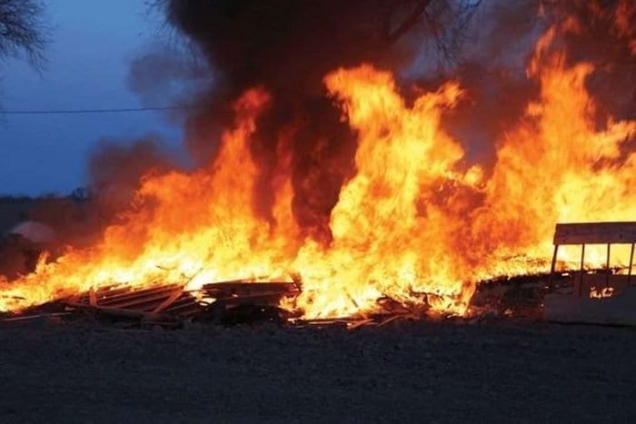 Two persons lost their lives in the fire outbreak that occurred at the Korle-Bu Police barracks on Wednesday.

The incident is reported to have occurred on the night of Wednesday around 11:20 pm.

Firefighters from the Accra Regional Headquarters substation and Accra City Fire Station reported at the scene to douse the fire.

The deceased include an eleven-year-old girl and a sixty-five-year-old woman. Other victims were a one-week-old baby, a three-year-old boy and a thirty-two-year-old adult who were rescued and are currently receiving treatment at the Korle-Bu Teaching Hospital.

The Ghana National Fire Service in a statement to announce the unfortunate incident said “the five affected people were rescued from the fire and were quickly rushed to the Korle-Bu Teaching Hospital, but two were pronounced dead on arrival”.

The Service noted that it has commenced investigations to ascertain the cause of the fire.

It also expressed condolences to the families of the bereaved.