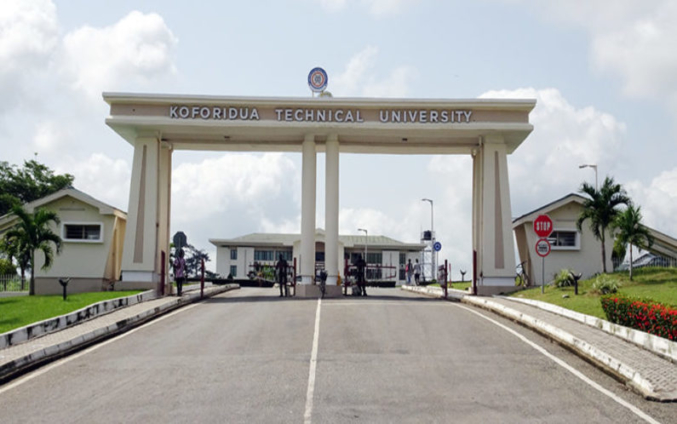 The Governing Council of the Koforidua Technical University has dismissed two staff of the University for financial malfeasance.

The Council as part of its disciplinary action also reprimanded and suspended eight (8) others for their involvement in the crime.

Three of the staff were, however, exonerated. The decision was taken following receipt of an official report from the Council’s Disciplinary Committee about financial malfeasance identified two years ago.

The University had disclosed that an amount of ¢620,457.32 cannot be traced after a forensic financial audit was conducted in the school.

The audit report which was released on 6th August, 2020 disclosed financial infringement carried out by some individuals in the institution.

They were said to have diverted monies collected as school fees into their private accounts.

The University, as part of the investigation process, interdicted them.

The report recommends that all those who were involved in this act should refund the said amount or be prosecuted.

The report of the committee found Frederick Mensah Obeney, an accounting staff of embezzling 429, 023. 00. He has been charged to refund the amount with interest to be calculated at a statutory interest rate. He was also dismissed from the University.

Peter Yaw Kosoe, an administrator of the University cited for embezzling GHC99, 189,00 but refunded with interest was dismissed with immediate effect.

In the report, the Council said ” Mr. Peter Yaw Kosoe, a second offender had already been involved in similar financial malfeasance for which he was suspended for three months without pay, Council took a serious view of his second misconduct” .

The copy of the report of the council and available to JoyNews, recommends that the following persons were reprimanded and suspended for the various roles they played in the embezzlement.

The Council’s report directed Management to reinstate and pay all salaries and entitlement to Grace Adutwumwaa Agyei, Abel Senanu and Anthony Numekevor after it found no adverse findings against them.

The Council also directed the Vice-Chancellor to submit the decision taken on Peter Mbima for rectification at its next meeting since at the time the crime was committed, he was a student of the University.

The report signed by Mathias Fred Adjei (ESQ), secretary to the Council, directed the VC to organize a Council staff durbar for Council members to interact with staff and the various unions on campus.

DISCLAIMER: The Views, Comments, Opinions, Contributions and Statements made by Readers and Contributors on this platform do not necessarily represent the views or policy of Multimedia Group Limited.
Tags:
Koforidua Technical University
Staff
Suspension