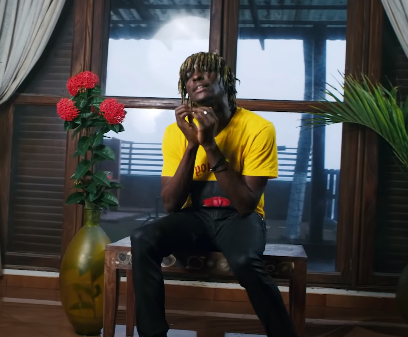 Ghanaian musician and father, Kofi Mole have acknowledged Merki, his two-year-old son as the one who has earned his production credits.

“The production credit is for my son, so if you see anything produced by Merki, I just give him the credit,” he said.

Speaking on Joy FM’s DriveTime show with Lexis Bill, Kofi Mole disclosed that his son is his inspiration to be a better man each day.

Kofi Mole explained that his style of music is far from the conventional because he didn’t want to conform as he sees music as spiritual and free-spirited and must be treated as such.

“I don’t want to limit myself, I started off as a hip-hop artiste but I realised music is a spiritual thing.

“I like to make myself sound different so the type of beat I get from producers, I work with, regardless of the genre. If you feel the beat, I just do something with it,” he said.

Addressing the topic of fan acceptance towards his music, he said the kind of music he does works out for him as it does for his audience, because according to him, his fans appreciate diversity.

The weirdest kinds of music from Kofi Mole are about to drop, he said.

Kofi Mole said the music will be accompanied with different styles and projections which is going to make people ask, “What is this guy singing about?”