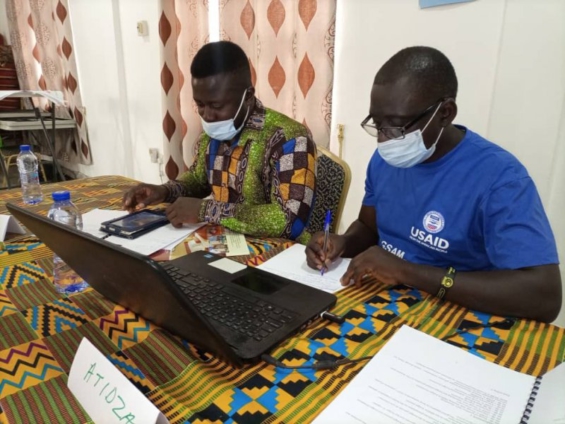 President of Ghana National Association of Community Mental Health Officers on Monday said about 20 percent of the Ghanaian population have various forms of mental illnesses.

David Naboare also said one out of every five pregnant women is likely to suffer from mental illness during or after delivery.

The theme for this year’s celebration, which is celebrated on May 5, every year is “let’s invest, call to action for investment and equity in maternal mental health care in Ghana.”

Mr Naboare who is also the Chief Executive Officer of David Naboare Foundation, therefore, called on Mental Health professionals and mental health advocates to tackle these issues and help create awareness in the country.

He also appealed to them to include maternal mental health education during the ante and postnatal clinics.

He said HIV/AIDS, hepatitis B, pregnancy-induced hypertension, and sexually transmitted infections among others during pregnancy could have mental effects on pregnant women.

The President said pregnant women needed financial capacity and mental health stability to be able to go through nine months of their pregnancy and mothering.

He appealed to Midwives and Community Health Nurses at various levels to always educate pregnant women on the need to engage in mental health activities.

Mr Naboare mentioned some of the activities as attending ante and postnatal clinics, accepting the gender of newborn babies, good nutrition, reporting any danger signs during pregnancy, and avoiding taking alcohol or any substance that was likely to harm the unborn baby.

He appealed to individuals and organizations to invest in maternal mental health as the government alone could not do it.

Mr. Samuel Atidzah, Executive Director of GOSANET Foundation, a Health NGO in the Adaklu district in an interview with the GNA said as everybody was at risk of a mental problem more publicity and education should be given attention.

He said it was necessary for one to regularly check his or her mental status.