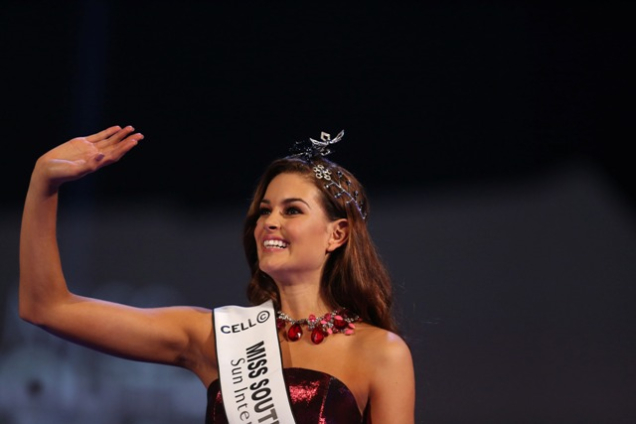 Rolene Strauss, the proud winner of Miss World 2014, has attributed her win to her African background. The South African beauty spoke to the BBC and said that her African Heritage played a role in her winning as she learnt about unity, respect and love for fellow human beings.

She is the second South African woman to win the Miss World pageant.

The 22-year-old beauty is also a medical student, giving her the perfect combination of brains as well as looks. Rolene, who was born in South Africa, spoke of the rich culture of her home Nation.  Writing on her own website, Ms. Strauss, who is single, said of her and her family ‘We moved to a small town called Volksrust, in Mpumalanga, ever since then I was a small town girl with big dreams’.

Mpumalanga, is a province of South Africa. The name means east or literally "the place where the sun rises" in Swazi, Xhosa, Ndebele and Zulu. Mpumalanga lies in eastern South Africa, north of KwaZulu-Natal.

The 2014 Miss World winner was asked (on the BBC) what she wants South Africa to be known for to which she replied, "South Africa should give people hope, it is a multi-cultural society celebrating different races cultures and languages, and it has a rich African heritage."

Miss Strauss has definitely put the spotlight on South Africa, namely her province Mpumalanga which has amazing tourist sites such as the infamous Krueger National Park, one of the largest game reserves in Africa and the therapeutic Berlin Falls.