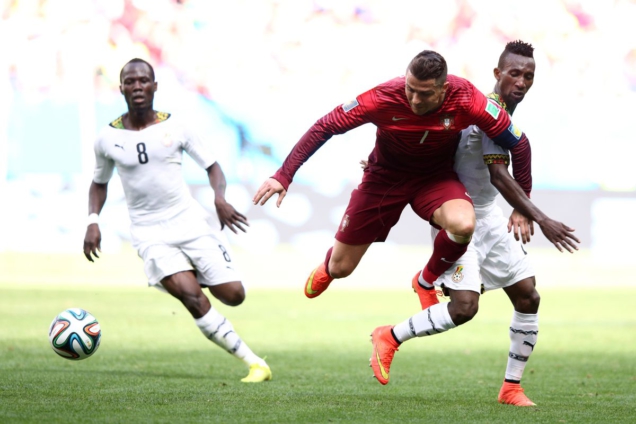 Former GFA boss, Kwesi Nyantakyi, has described Ghana’s campaign at the 2014 World Cup as one with ‘a lot of problems’.

After a historic run in 2010, the Black Stars was earmarked to be one of Africa’s high-flying teams in 2014, but the national team ended up as an international laughing stock. That was Ghana’s third FIFA World Cup appearance under Nyantakyi’s belt, in a reign which saw him become the country’s longest-serving FA president.

Ghana was eliminated in the group stage of the 2014 tournament, failing to win a single game and picking only just one point. The on-pitch performance was not the only distasteful outcome for Ghana in Brazil, as many foreign news outlets reported the flight of a cash-filled aircraft to appease players. Looking back on his time, it seems the 2014 campaign is one Nyantakyi wishes never happened.

“2006 was successful, 2010 was also very successful. The most unsuccessful one was in 2014 – there were a lot of problems. Money to be given to the players was released from Bank of Ghana into the Ministry of Youth and Sports account, but releasing the money to the players became contentious.”

After 2014, Ghana failed to qualify for the tournament in 2018, making it the first time the country missed out since 2006. Three head coaches down the line, plus a long list of new Black Stars names, Ghana has made a return to the Mundial – beating rivals, Nigeria, to do so.

Together with four other countries, Ghana will be hopeful of breaking the African quarter-final jinx in Qatar. And after overseeing two productive World Cup campaigns, Nyantakyi has ideas on how it could happen.

“It all depends on their preparation. Good preparation is the only way [to do well at the World Cup]. There’s no other alternative. So these friendly games they are playing are important, even if they don’t do well. It is expected they improve.”

Ghana will play Switzerland on November 17, in their last pre-World Cup game before kicking off with Portugal on November 24.