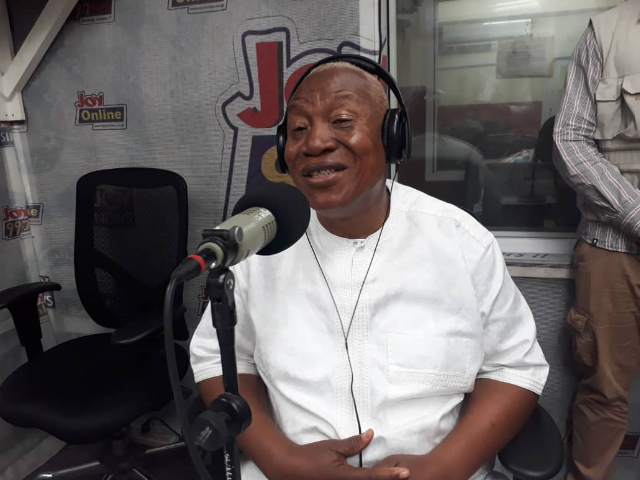 “We are not going into the next elections with a campaign message of Bobolibobo,” says Professor Joshua Alabi.

He said this in response to the question of whether or not he was intimidated going into an election having all the delegates dancing to the campaign song of his rival, John Dramani Mahama.

According to Joshua Alabi, one of the seven persons contesting the NDC Presidential Primaries on Saturday, he is winning the NDC Primaries on his message of hope, which has filtered so well to the grassroots of the party.

“I will be announced as the flag bearer,” he told Daniel Dadzie on the Super Morning Show Friday.

Bobolibobo, the song composed by evangelist I K Aning, has become identifiable to the campaign of the former President John Dramani Mahama. At the last NDC congress held at the trade fair, in La, Accra, to elect party officials, versions of the song remixed to suit the campaign message of the former president, was played much to the chagrin of the other aspirants, who complained of an unequal playing field.

But Professor Alabi who claimed that he dances to the song nonetheless holds that the delegate will be convinced by his message of hope than the song.

The former Vice-Chancellor of the University of Professional Studies also said his message of hope includes a youth employment programme which takes advantage of Agriculture to empower the youth. And a fund for women, to be operated under the presidency.

The NDC will hold its Presidential Primaries on  February 23, 2019, across the 275 constituencies in the country.

Though many have tapped Mahama to win at the polls given his resources, exposure and loyalty of former NDC appointees, he is being contested on all fronts.

Aside from the electoral challenge, many are contesting his eligibility in the courts.

A former NDC constituency secretary in Trobu in Accra, Edmund Palmer, has initiated a legal process to restrain Mr. Mahama from contesting in the party’s upcoming presidential election.

Edmund Palmer wants the High Court to stop the former President from pursuing his bid to be elected as a presidential candidate of the NDC in his capacity as a former president of the Republic of Ghana, without the permission of Parliament.

Then there is another suit filed from Ghanaian businessman, Stephen Agyeman, who is praying the High Court to declare that Mr. Mahama, raising funds to support his bid to be elected as a flagbearer/presidential candidate of the National Democratic Congress (NDC) in his capacity as a former President of the Republic of Ghana violates Article 68 (2) of the 1992 Constitution.