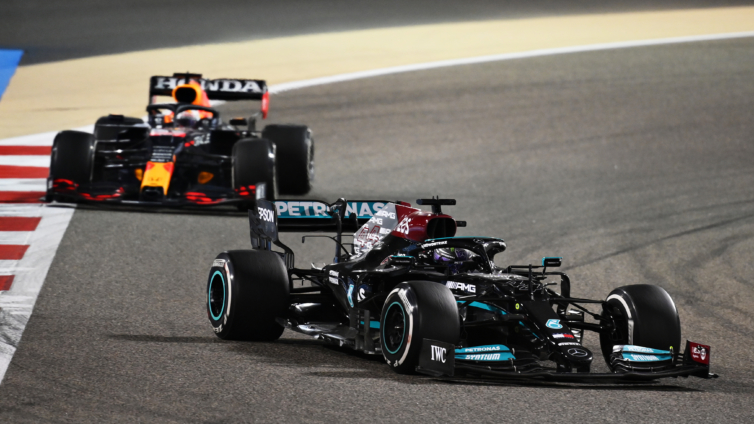 The 2021 Formula 1 season saw green lights late Sunday afternoon, on the Bahrain circuit. Though it’s early in the season, Lewis Hamilton returned to his very best setting yet another record. He became the first F1 racer to record 5112 race lap leads in the sport.

Nonetheless, there was more picked up from the Bahrain GP. Here are five things we learned:

We are in for a season feast

All throughout the build-up to the Bahrain grand prix, analysis and conversation surrounded Red Bull and Verstappen and how they are best placed to give Hamilton a challenge.

“It’s disappointing not to win, but we have really taken the fight to Mercedes.” Those were Verstappen’s words and they summarize the chit-chat that went on, prior to the season’s opener.

Hamilton finished 0.745 seconds ahead of his Belgian competitor, only after Verstappen allowed him through following his illegal overtake at Turn 4 on the grid.

Besides that controversy and maybe poor judgment from Verstappen, the Bahrain GP only proved that the 22 races left, are set to be a showdown.

Hamilton has his work cut out

“One of the hardest races I have had for a while.” That was Lewis Hamilton on post-race media duties after his win at Bahrain.

If the Mercedes F1 team and Hamilton saw Verstappen’s pre-race form as a fluke, those beliefs will be shelved now following the Belgian’s show on Sunday afternoon.

Perhaps Hamilton felt he had bottled it after that incident at turn 4. 0.745 seconds ahead in a nerve-wracking race, but his luck came in handy following Verstappen’s illegal overtaking which saw him handover the lead back to the Brit.

In a 56 lap race, it was a controversial exceeding of track limit which secured Hamilton’s 166th podium finish – is at least, the argument some will raise.

Nevertheless, Hamilton and Mercedes have received the message from Red Bull. Deep down, they have the conviction that Hamilton’s attempt at an 8th world championship will not be easy as they want.

However, that works better for the sport in general, right?

Yuki Tsunoda could be a revelation

The 20-year-old is the 13th Japanese to race in Formula 1, but he became the first Japanese to score F1 points since 2012.

In what was his debut race, the 2020 F2 rookie of the year finished 9th in the Bahrain GP, ahead of his more experienced team mate, Pierre Gasly and veteran F1 racers, Sebastien Vettel and Fernando Alonso.

The 20 year old also finished ahead of fellow rookies, Mick Schumacher and Nikita Mazepin. He also in a savage, brutish manner overtook two-time world champion, Alonso with an extra 12km of pace in Turn 1.

For his debut, he looked very relaxed and confident, taking well to his car and the grid. It will be interesting to see how he fares in the following races.

McLaren and Ferrari stand a chance

Another conversation which made the rounds during the build-up to Sunday afternoon’s race was if McLaren could push the midfield teams of F1 further. Their quest this season might be to defend their third position in last year’s constructor’s standings.

Ferrari after their appalling 2020 showing, will be impressed with how things went on the grid on Sunday. Their driver pair of Charles Leclerc and Carlos Sainz formerly of McLaren, finished 6th and 8th respectively.

Besides the Hamilton and Verstappen show, McLaren and Ferrari seemed to have their own duel ongoing, with Norris, Leclerc and Ricciardo all competing for 4th spot in the race’s 11th lap. By the 25th lap, the trio had shared the 4th, 5th and 6th spots amongst themselves.

Haas sparked up lots of controversy following their livery launch, the VF-21 sponsored by Russian business guru, Dmitry Mazepin. That was not all as the American race team signed the son of the Dmitry, Nikita Mazepin and had the VF-21 washed up in the colours of the Russian flag.

What was left to be seen was how the sponsorship and new driver pair of Schumacher and Mazepin was going to fair, and the first race of 2021 did not hold any promise.

Schumacher finished 16th, 7 spots of fellow rookie, Tsunoda. His performance was nonetheless more promising than that of Mazepin who spun out of his grand prix going into the third turn of the first lap.

It might be only the first race but their race pair did not fare any better in qualifying, with Mazepin spinning out there too earning himself the nickname, ‘Mazespin’.

It seemed to be a long wait but finally, race 1 of 2021 is done and dusted. The entertainment matched up the hype and although Red Bull and Verstappen will be disappointed with how things ended, they can take solitude in the fact that they have the chance of hurting Mercedes this season.

F1 returns to Imola from the 16th – 18th of April for its second race of the season. This will be the first time the Imola circuit will host a grand prix since 2006.