2022 Budget: Some start-ups in Kumasi fear it will stifle growth 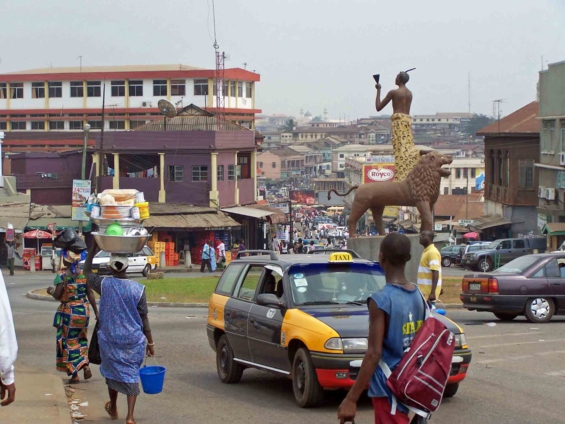 The Finance Minister says the government’s 2022 budget is targeted at empowering Ghanaian entrepreneurs and the business community.

It was under the theme, ‘Building a Sustainable Entrepreneurial Nation: Fiscal Consolidation and Job Creation.’

But some start-ups and small business owners in Kumasi say they are worried the 2022 Budget will rather stifle the growth of the industry.

“We were hopeful of a reduction in fuel prices because of the impact on our businesses,” young businessman, Kofi Asamoah who operates in sachet water and transport business lamented.

For him, the continuous hikes in fuel prices affect his operational cost.

But he is unable to inject that into the unit cost of his product because “sachet water is for those in the lower-income category, an increase just not possible”.

As a result, with a staff of more than 20 people, he is unable to increase their salaries due to the continuous rise in operational costs.

Among the few revelations from the budget was the introduction of 1.75 e-levy on MoMo transactions exceeding 100 cedis per day and other electronic transactions – Bank Transfers, merchant payments, Inward remittances to be borne by the sender, except the remittance which will be born by the receiver.

Businessman Kofi for instance expends between 5,000 and 10,000 cedis in MoMo transactions daily interacting with his suppliers and other petty transactions.

This new directive will mean, he will be incurring extra 20,000 to 4,500 cedis on his monthly transactions in addition to what the existing telco charges on the same transactions.

“i am disappointed in the budget”, he said.

While some say this will affect their operations, others indicate that the initiative may be contradictory to the digitization drive the Vice President, Dr Mahmund Bawumia, has been encouraging Ghanaians to embrace.

Government’s financial inclusion agenda is therefore being threatened. It could see a major setback.

Other Initiatives
The 2022 budget has benchmark values abolished, road tolls scrapped and withholding taxes reduced to 1.5 percent. There was the announcement of the YouStart Initiative as well meant to capitalise on the SME, start-up, entrepreneurship ecosystem in the country.

One billion Cedis every year for a period of three years is a great boost to the sector.

In as much as a good number of the businesses are excited about government’s effort to support the sector to address the perennial challenge of access to credit by the sector players, there are concerns about access to funds from such initiatives.

“often it is difficult to get such funds because those who might be affiliated politically to the government are those that get to access it. But if that bottleneck is addressed, then it will go a long way to alleviate some of our challenges,” another said.

It was also mentioned that the Banks have been engaged and encouraged to increase their SME portfolios. An initiative that is also important to drive the credit access challenge.

There is however suggestion of a review of the period to pay back loans and bank credits which often put so much pressure on the business community who turn to work for the banks at the end of the day.

Kofi is among the many Ghanaian businesses that had expected more in the 2022 budget.

DISCLAIMER: The Views, Comments, Opinions, Contributions and Statements made by Readers and Contributors on this platform do not necessarily represent the views or policy of Multimedia Group Limited.
Tags:
2022 budget
Kumasi
Startups