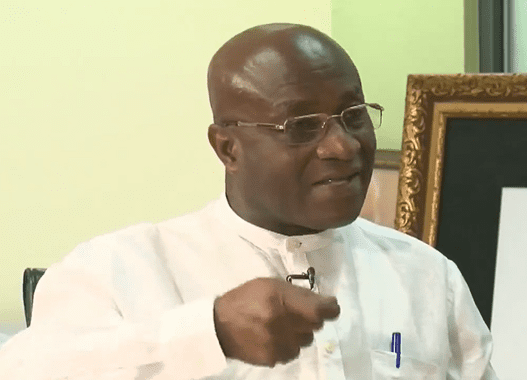 The Majority Leader in Parliament, Osei Kyei-Mensah-Bonsu has questioned the rationale behind the Minority Caucus’ decision to reject the motion for further engagement with the Finance Minister before the approval of the 2022 budget.

Interacting with Samson Lardy Anyenini on Newsfile, Ranking Member on the Finance Committee of Parliament, Dr Cassiel Ato Forson, explained that the Minority Group rejected further engagements with Finance Minister, Ken Ofori-Atta due to its timing.

According to him, Mr Ofori-Atta should have engaged the Minority ahead of the approval of the budget on Friday following its recent concerns against the implementation of the electronic transaction levy.

“…our side, particularly the back bench, were not ready at any point in time to engage the Finance Minister. If they wanted to engage, you do this engagement prior to the approval of the budget of the day. You don’t do it when you are about to approve the budget, so that was the problem,” Dr Ato Forson said.

However, Mr. Osei Kyei-Mensah-Bonsu, disagrees with this position; insisting that there was nothing wrong with the Finance Minister requesting engagement at the time he did.

He cited an instance where a similar event occurred with the approval of the appropriation bill under the NDC government. According to him, its approval was suspended for further consultation with both sides of the House.

“I disagree with Ato saying that it was a bit late in the day. Ato has been the Deputy Finance Minister under the late Mills and former President Mahama’s regime. He will remember that there was a period where a motion for the appropriation bill had been moved and an error had been detected and raised.

“Before its conclusion, the Speaker had to suspend the consideration for the motion for the Minister to engage further. Dr Akoto Osei was the Ranking Member on the Finance Committee so he together with me and some others met the majority side. At the time Hon. Avedzi, now Deputy Minority Leader was the Chair of the Finance Committee. He together with Ato and Seth Tekper suspended consideration.

“We did serious consultation and engagement and about two to three hours, we had finished everything. We came back to the House,” he stated.

In view of this, the Majority leader therefore quizzed “so what was wrong with the making of this request?”

Earlier on the show, Dr Ato Forson also revealed that the Minority leadership also refused to engage the sector minister after the request was put before them by the Minority Chief Whip, Mohammed-Mubarak Muntaka. This he said was due to earlier comments made by the Finance Minister in this regard.

“The leadership said no. There is no reason. There has been a reportage from Joy that the Finance Minister had said that he knows how to engage the minority to get them to change their position.

“So we felt that let him come and say it to all of us in the House so that everybody in this country will hear about it and our constituents will not have a feeling that probably we have been compromised that is why we are taking that decision. So if he has any position, let him say it to the people of Ghana,” he explained.

On the matter, the Majority Leader revealed that the Majority Group had also been requested to engage in further consultation with the sector minister.

“The request from the Minister of Finance to consult or engage was not made to only the Minority Group. He prayed for time to engage both the Majority and the Minority. It wasn’t only to the Minority.”

Meanwhile, Mr Kyei-Mensah-Bonsu, who is also the MP for Suame has registered displeasure over the Speaker’s decision to subject the Finance Minister’s request to a voice vote, which lead to its rejection.

“The matter begins with the Speaker subjecting the request of the Minister. We had a behind the curtain meeting with him and the Speaker then comes to the Chamber and says even this prayer you are requesting that I should allow this engagement, I will not pronounce on it. I am submitting same for the consideration of the House.

Parliament has rejected the 2022 budget, however, the Majority Group says the decision taken by the Speaker and the Minority MPs after they staged a walk-out, is unconstitutional, hence null and void.