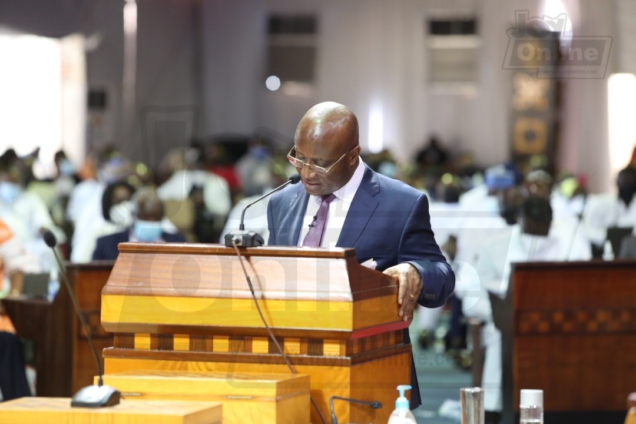 Ghana’s Budget Statement and the Economic Policy for 2023 may not be read on November 15, as scheduled.

Majority Leader Osei Kyei-Mensah-Bonsu has revealed that the current negotiation with the International Monetary Fund (IMF) may delay the presentation.

The Public Financial Management Act mandates that the budget is presented next two weeks.

However, as negotiations between the Finance Minister and the Fund for a bailout continue, the deadline now appears improbable, per the Majority Leader.

But speaking to journalists, the Suame MP said a team from the IMF is expected in the country next week for further talks.

“But if you want to do tidy work, you may be required to have some space to be able to do a tidy job. Because as you all know, these are not normal times,” he said on Thursday.

For him, the circumstances surrounding the deal may place too much pressure on the process if the House is to go ahead with the stipulated date.

Nothing should be done which will eventually become wishy-washy. They want to have the best to be able to uplift us from where we are as a country. And that being the case, if we want to do a thorough job, I think there will be too much pressure if it has to be done on the 15th.”

This means it is highly unlikely that the budget will come by the stipulated time.

He posited that this action will not be in breach of the procedure because the constitution provides November 30 as the deadline for the statement.

“We want more time to interrogate the principles underpinning the budget,” he said.

The Suame legislator says he will consult the Finance Minister on the possible new date and revert with a communique on whatever conclusion is reached.

Budget thrown out of gear

President Akufo-Addo admitted on Sunday night that the 2022 budget has already been thrown out of gear.

While addressing the nation on the state of the economy, the President said he is aware of the increase in the cost of living in the country and the economic difficulties facing Ghanaians.

According to him, the economic woes have rendered the country’s 2022 budget useless.

“For us, in Ghana, our reality is that our economy is in great difficulty. The budget drawn for the 2022 fiscal year has been thrown out of gear, disrupting our balance of payments and debt sustainability, and further exposing the structural weaknesses of our economy.

“We are in a crisis, I do not exaggerate when I say so. I cannot find an example in history when so many malevolent forces have come together at the same time,” the President said.

DISCLAIMER: The Views, Comments, Opinions, Contributions and Statements made by Readers and Contributors on this platform do not necessarily represent the views or policy of Multimedia Group Limited.
Tags:
2023 Budget
Delay
IMF
Majority leader