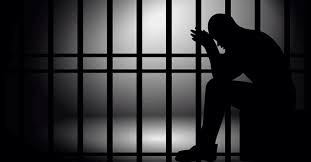 He is to serve an additional 12 months jail term for deceit of a public officer.

He pleaded guilty on the charge of defilement and not guilty for deceiving a public officer, after the charge and facts were read and explained to him in a local language he understood.

Assistant State Attorney, Zennaira Adum-Ata told the Court that the complainant, who is the father of the victim, lived in the same vicinity with Kwaku Asiamah at Nkatekwan Akurakese in the Eastern Region.

She said on February 7, around 7.30 am, the victim was accosted on her way to school by Asiamah in front of an uncompleted building.

He then dragged her (the victim) into a palm plantation and forcibly had sexual intercourse with her. After the act, the victim reported the incident to her father, who lodged a complaint to the police and she was issued with a medical to go to the hospital. The medical report confirmed that she had been defiled and was aged 14.

The accused was subsequently arrested and he gave his age as 17 years and admitted the offence in his cautioned statement. Upon further investigations following an order by the Court to the dental department at the Koforidua Regional Hospital, it came out that the accused person was 22 years and not 17.

He was therefore sentenced accordingly.

DISCLAIMER: The Views, Comments, Opinions, Contributions and Statements made by Readers and Contributors on this platform do not necessarily represent the views or policy of Multimedia Group Limited.
Tags:
Defilement
Isaac Kwaku Asiamah
Koforidua Circuit Court