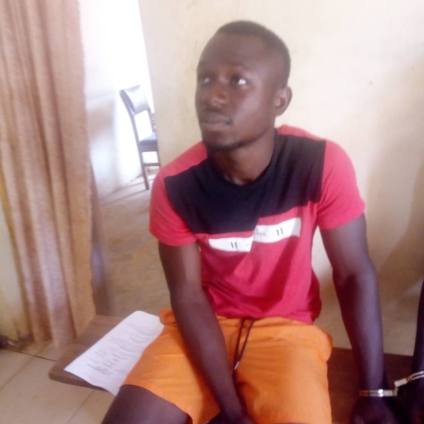 A 24-year-old ex-convict, Malik Fuseini has been sentenced to four years imprisonment by the Bole District Magistrate Court in the Savannah Region.

The prosecutor Sargent Sina Benah in a brief statement to the court said this is the third time Malik Fuseini has been in court for stealing and he just came from prison on September 24 this year, cause damage to a window of a young man and stole his iPhone, sandals and an amount of ¢3,000.

He said the suspect was arrested at his home when the victim called on his iphone and 100.00 was retrieve with the phone,a charger and a kitchen knife which he used to damage the window.

The court presided over by Andrew Prince Cudjoe in his judgement said, this is the third time the accused person is appearing before him as far as the records of this court will show for the offences of stealing among others.

The accused person has not learned any lessons from his previous convictions and the sum of ¢3,000 can not be retrieved.

By court, the accused person has been imposed with five maximum sentence of this court.

The accused was charge of stealing and causing damage to properties.

All offences he pleaded guilty to.