$28m loan to procure vehicles for MPs not free; payable during their tenure – Parliament 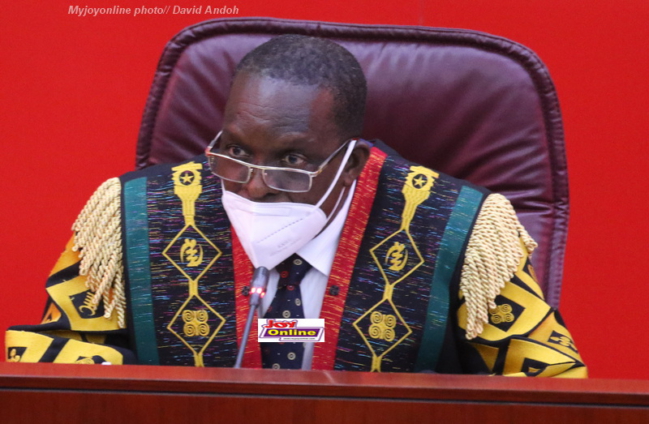 The Public Affairs Directorate of Parliament has defended the House’s decision to accept a request from the Finance Ministry to obtain a $28 million loan from the National Investment Bank (NIB) to purchase 275 vehicles for legislators in the 8th Parliament.

According to the Directorate in its press statement, concerns being raised by the public as to whether the lawmakers are deserving of the facility given the state of the economy is flawed and unfair.

This, they said is because the loan being procured is not free and won’t be paid from the pockets of citizens but is part of the MPs’ conditions of service which is payable during their tenure.

“Reports that suggest that the loan resources for the MPs are free are inaccurate and only add to the misconception that continues to affect the work of the institution of Parliament,” parts of the July 8 communique read.

Deputy Finance Minister, Abena Osei Asare, on Tuesday, July 6, laid the $28 million request on the Floor of the House. But this, after being made public, has been strongly opposed by a section of Ghanaians who urged government to reconsider its priorities following the adverse effect the Covid-19 pandemic has had on the economy.

Buttressing on the unequal treatment, the Public Affairs Directorate stressed that while members of the other arms of government and Article 71 officeholders are ordinarily given duty vehicles in their official capacities, members of the Legislature, despite their representational roles, are offered loans that are payable during their term.

This system of operation, it stated continues to negatively impact the reputation and works of members of the Legislature. Thus, the need to consider providing Members of Parliament vehicles for their official use as done for other members in the Executive and Judiciary.

“Maybe it is time for the State to assume total cost responsibility in the procurement, servicing, fuelling, maintenance and replacement of duty post vehicles for Members of the Legislature as is done for the Members of other arms of government and other constitutional creatures,” it suggested.

DISCLAIMER: The Views, Comments, Opinions, Contributions and Statements made by Readers and Contributors on this platform do not necessarily represent the views or policy of Multimedia Group Limited.
Tags:
$28m loan
Parliament
Vehicles for MPs