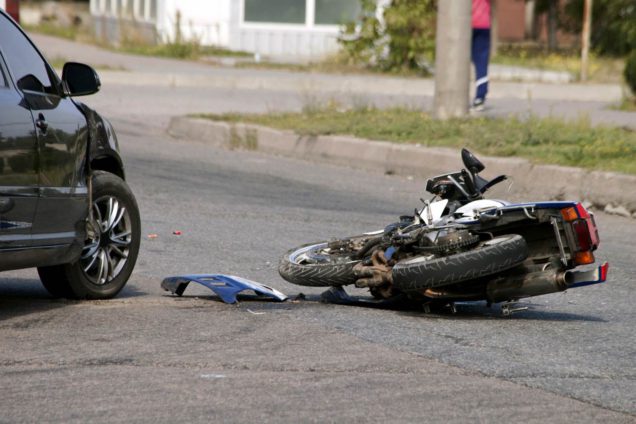 The second victim involved in a motorbike accident on the Pokuase Interchange last Saturday has died.

His death comes a day after his co-rider on Saturday lost his life instantly after they both fell off the third tier of the newly-commissioned flyover.

The External Operations Manager for the Zhongmei Engineering Group Limited, contractors of the Pokuase Interchange project, Desmond Yaw Hodanu Bedi, said he saw the two men speeding from the Awoshie section of the interchange an unregistered motorbike.

“These gentlemen were coming from the Awoshie section and were over speeding or on drugs with an unregistered motorbike which put them in a more severe situation because you wouldn’t be in that curve of 40 km/h, and you may fall because I’m very sure they were speeding,” the eyewitness said.

In the latest development, the second victim who was rushed to the Ga North Municipal Hospital after sustaining injuries was confirmed dead on October 11.

This was revealed by the Public Relations Officer of the Greater Accra Regional Police Command, DSP, Juliana Obeng.

She, however, told Accra-based Citi FM that the police is yet to identify the families of the victims.

The body of the deceased was deposited at the hospital’s morgue.