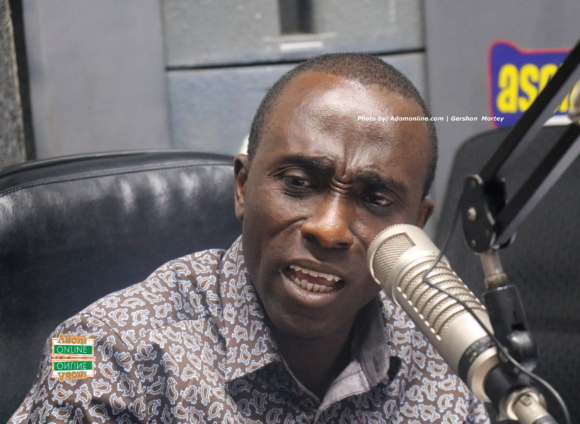 The Akufo-Addo administration says it has so far paid an amount of $3.6 billion in the past seven years for an alleged ENI Sankofa gas pipeline deal signed by the Mahama administration.

Director of Public Affairs at the Ghana National Gas Company Limited (GNGC), Ernest Owusu Bempah, who was briefing journalists in Accra on Tuesday, November 1, 2022, said that the contract was the most expensive gas contract in the world.

He explained that on a monthly basis, Ghana is paying $46 million, making it $552 million yearly.

According to him, the Akufo-Addo government had no choice but to continue with the contract when it came into office because of the terms and conditions, he said.

“This contract was signed for 20 to 25 years, monopoly for that period and the IMF questioned it,” he said.

“We wouldn’t be going to the IMF but for some of these reckless dubious contracts signed by the Mahama administration,” he stressed.

Mr Owusu Bempah further explained that the contract is partly to blame for the current economic challenges facing the country.

“The government is unable to reduce the cost of electricity for thermal generation”, he stated.

This was, at the time, probably the biggest single largest foreign direct investment in West Africa and indeed Ghana since independence.

The project was situated in the Western region.

The oil production from the offshore cape three points was estimated at eighty thousand barrels per day.

Recently, the World Bank Country Director(Ghana), Pierre Frank Laporte mentioned losses in the energy sector of the economy as one of the challenges that forced Ghana into a situation where it is now seeking support from the International Monetary Fund (IMF).

Mr Bempah referred to a recent interview with the country’s World Bank chief Mr Laporte indicated that losses in the energy sector are compounding the challenges.

“The big issue has been on the fiscal side. Before the current crisis happened, we observed certain challenges on the budget side that really have been the area more hit by everything. Also where actions are required now to deal with them.

“For instance, on the revenue side, we have always been saying that this is an area where Ghana should do better. We are encouraged by the fact that this should be one of the areas for potential programmes and support from the World Bank. The problem is fiscal, not just revenue.

“The problem is that there are also spillovers from other sectors. For instance, the energy sector. There are about one billion dollars going to the energy sector because of losses. The sector itself is not financially viable and to keep it going you have to subsidize.

“Actions are required. Of course with Covid, the general business environment is been a bit more difficult.”

DISCLAIMER: The Views, Comments, Opinions, Contributions and Statements made by Readers and Contributors on this platform do not necessarily represent the views or policy of Multimedia Group Limited.
Tags:
Ernest Owusu Bempah
Ghana Gas Company
John Mahama
Sankofa Gas