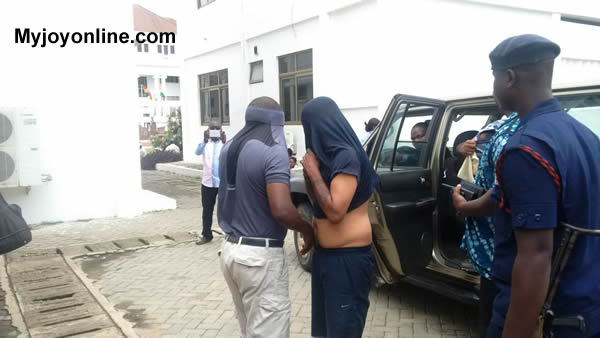 The three South Africans arrested by the BNI on criminal charges have been deported, their lawyer Atta Akyea has told Joy News.

They had been detained for almost a week and charged with unlawful training and conspiracy to commit crime.

Although a court had granted them bail on Thursday, March 24, 2016, the BNI refused to release them until their deportation this morning.

Their visas have been reportedly revoked by the Ghana Immigration Service.

Their stay in Ghana has been cut short after 17 days of being in the country having been contracted to train bodyguards of the 2016 NPP presidential candidate, Nana Addo Dankwa Akufo-Addo.

They were arrested at the EL-Capitano Hotel at Agona Duakwa in the Central region where they were training persons including the drivers of the presidential candidate and his running mate, Dr. Mahamudu Bawumia.

Their arrest angered the opposition NPP which believed government was frustrating attempts to secure the safety of their flagbearer with elections less than eight months away.

The NPP at a press conference last week Thursday, said there was evidence pointing to possible life-threatening attacks on their leader.

But the Interior Ministry has said the activities of the three could compromise the election results of the November 2016 elections.