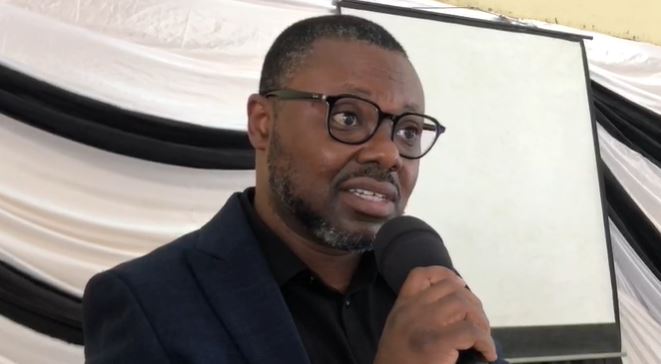 Some 325 persons have died in 1177 road crashes in the Eastern Region within 10 months.

This represents an eight percent decrease within the same period last year. In 2021, 357 people were killed.

Eastern Regional Director of the National Road Safety Authority, Dennis Yirebu made the revelation at the opening ceremony for training of Accident and Traffic Enforcement officers and DVLA Technicians and Engineers drawn from the Central, Greater Accra, Volta and Eastern Regions.

The training is being sponsored by the Driver and Vehicle Licensing Authority in Koforidua.

Addressing the media, Mr. Yirebu called for a more collaborative effort with other stakeholders in the enforcement of road safety laws.

According to him, road fatalities will be minimal if the law on compulsory fitting and wearing of seat belt is enforced.

In Ghana, the use of seat belts by drivers and passengers became compulsory since 2004 by an Act of Parliament.

Ghana Road Traffic Act 2004, Act 683 and Road Safety Regulations 2012 (L.I. 2180) were enacted in recognition of the importance of seat belts with the anticipation that the use of seat belts by vehicle occupants will significantly reduce the number of fatalities.

However, education and enforcement of the law have not materialised.

Meanwhile, a Deputy Chief Executive Officer of the Driver and Vehicle Licensing Authority, Prince Adusei says, the DVLA is yet to receive financial clearance from the Ministry of Finance to enforce the law.

Currently, many commercial vehicles particularly mini-buses and other cargo cars converted to passenger car are not fitted with seat belts for rear-seat passengers contrary to the road traffic regulations which stipulate that all passenger vehicles must be fitted with an appropriate seat belt.

Mr. Adusei intimated that, the DVLA and it stakeholders will begin the enforcement of the laws when they receive financial clearance to do same.

He advised vehicle owners to abide by the road safety laws to prevent accidents and fatalities.

DISCLAIMER: The Views, Comments, Opinions, Contributions and Statements made by Readers and Contributors on this platform do not necessarily represent the views or policy of Multimedia Group Limited.
Tags:
Driver and Vehicle Licensing Authority (DVLA)
Koforidua