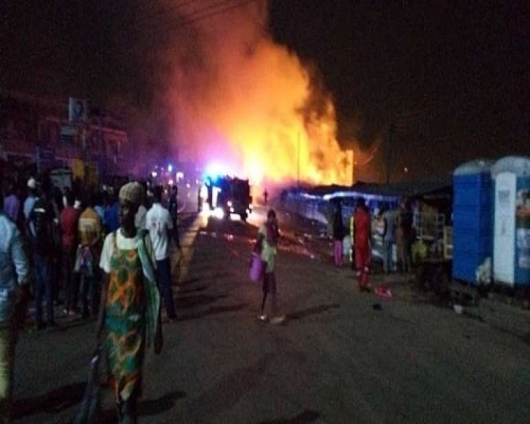 The Ghana National Fire Service (GNFS) in the first half of the year attended to a total of 3,678 outbreaks in the country.

The Service said these fire outbreaks are estimated in terms of cost and damage to properties at GHS30,197,948.20.

This is a rise against the same period last year with 3030 fires with a corresponding estimated cost of damage to properties at GHS24,236,113.

“185 deaths were recorded through road traffic collision incidents as against 2022 for the same period in 2021.”

“17 lives also perished through other rescue missions (flooding, depths, and heights rescue) as against 14 for the same period in 2021,” a statement from the GNFS said.

However, 84 rescues were recorded during the period under review in 2022 as against 71 for the same period in 2021.

Meanwhile, the Ashanti Region recorded the highest number of 722 fires which represent 19.63% of the total fires for the first half year of 2022.

It was followed closely by Greater Acera Region with 690 which represent 18.76% while Volta Region recorded the lowest figure of l6 fires representing 0.44%.

The high number of out-on-arrival cases of 1,091 also suggests that the education and sensitization programs of the Service are impacting positively on the general public as they are now able to manage small fires.”

It has, however, attributed an increase in the fires to the harsh harmattan weather experienced in the first three months of the year 2022 and non-adherence to basic fire safety precautions, especially in our domestic settings.