40 prisoners freed as Church of Pentecost pays their fines 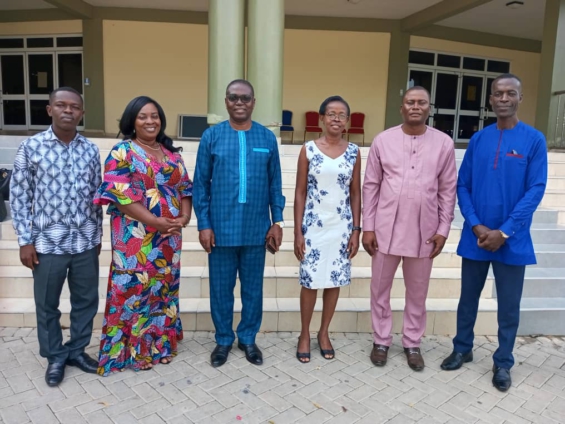 The Church of Pentecost has paid the fines of 40 inmates convicted of various crimes and serving in some of Ghana’s prisons.

Chairman of the church’s Prison Ministry, Apostle ADP James Tetteh, made this known during a four-day Re-integration Conference held by the Church of Pentecost Prison Ministry at the Pentecost Convention Center a fortnight ago.

The freed prisoners attended the conference and shared their moments of joy with the participants at the conference. They joined in dancing and singing praises to God.

Explaining the church’s gesture, Apostle James Tetteh said the prison ministry is about sharing the word of God with the prisoners without neglecting their personal needs.

Speaking on the topic, “Doing an effective prison ministry”, he said the church has decided to intensify its efforts in the prisons because many prisons do not have chaplains while false religions and cults are reaching out to prisoners.

“We must therefore get there first,” he charged the participants.

The chairman of the prison ministry said the gospel offers prisoners God’s forgiveness of sins, and also gives inmates new values and perspectives in life. The gospel also offers coping mechanisms and strategies to deal with difficult situations and emotional instabilities.

To this end, he said the church aims to provide legal aid to prisoners and also support their welfare, reformation and rehabilitation.

The conference held from 5- 10 December 2022, also brought together professional counsellors and experts in reformation, rehabilitation, and reintegration who took the Prison Ministry Committee members and other Prison Ministry workers drawn from the various Areas of the church through sessions, so they can appreciate the dynamics involved in relating with prisoners.

The participants held a group discussion on “How to Improve The COP Prison Ministry For Maximum Impact” and “What is your understanding of the offender’s social reintegration process?”

All the ex-convicts went through personal counselling sessions led by Dr Charity Kuwornu.

Intensive prayer sessions were held with the ex-offenders. During the Holy Ghost session led by Ps. Supt. Moses Animah, all 29 of the released inmates present at PCC,  received the baptism in the Holy Spirit to the glory of God.

In an interview session with Pastor Supt. Moses Animah, the Secretary of the Prison Ministry Committee, he explained that the conference was done in pursuance of the (Vision 2023) agenda of the Church of Pentecost aimed at Possessing the Nation, by instilling godly principles in every sphere of society.

The inmates, though isolated from the larger society have not been left out.

The Church has been concerned about their transformation and has made so much investment in that regard.

He expressed appreciation to the Chairman of the Church of Pentecost and the leadership of the Church for the kind gesture as well as the continued love the Church has shown to inmates and the Ghana Prisons Service as a whole.

The Church has already completed of a  state of art two Camp Prisons at Ejura and Nsawam (Ejura and Nsawam Pentecost Reformation Centres) with two at various stages of completion to help reduce overcrowding in the prisons as well as assist in the inmate’s reformation, rehabilitation and reintegration process.

The Secretary of the committee said the conference has shaped the ex-convicts for a successful re-integration into the larger society.

Contacts were made with their families for them to be received with joy as they reunite with them.

Each of the former inmates received an undisclosed amount of financial support to start a business or enterprise as they begin their reintegration.

Apostle James Tetteh took the opportunity to introduce the members of the Prison Ministry Committee. They are

DISCLAIMER: The Views, Comments, Opinions, Contributions and Statements made by Readers and Contributors on this platform do not necessarily represent the views or policy of Multimedia Group Limited.
Tags:
Church of Pentecost
Prison inmates