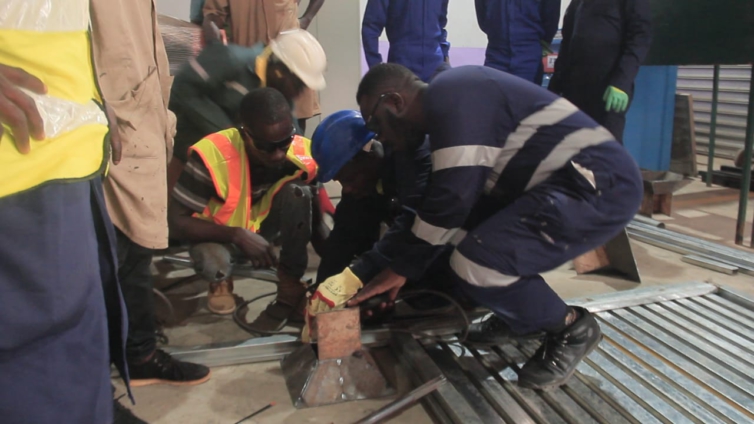 505 artisans from various districts in the Ashanti Region have benefitted from the Ghana National Petroleum Corporation (GNPC) Foundation’s training and resource programme.

The programme has assisted them in overcoming obstacles to be able to succeed in the technical and vocational fields.

Lack of equipment, certification, and modern skills are impediments to industry success.

It is being carried out in collaboration with the ASEDA Foundation, a community-based organization. Beneficiary artisans from various districts who are about to graduate had their skills tested.

They were tested in cookery, baking, dressmaking, tailoring, hairdressing, make-up, and interior design as part of the domestic module.

Under the technical module, others were tested on plumbing, carpentry, auto mechanics, general electrical, and aluminum fabrication.

Apart from the Ashanti Region, the project supported artisans in three other regions this year, including Greater Accra, the Central and Eastern regions, benefiting a total of 2,050 artisans.

According to Dr. Dominic Kwesi Eduah, Executive Director of the GNPC Foundation, the project’s goal is to transform the informal sector into a promising semi-formal sector, creating many opportunities for underprivileged artisans across the country.

“We’re looking at a target of 2,050 candidates for this year, this Region (Ashanti) is actually the last batch we are handling. The process is very simple – we want to move them from an formal sector to a Semi-formal sector,” he said.

Dr. Eduah stated that beneficiaries would be trained in soft skills to keep their books, invest after they are set up, and be certified with the NVTI certificate.

“It’s starts first of all with the selection of the candidates and in this case we partner with the district assemblies in ensuring that we get the right people to train. So we target those who have learnt the skills already but are just roaming around just because they don’t have the set up to start something on their own,” Mr. Eduah said

He added that after the candidates pass their exams, a grand graduation will be held, and the successful candidates will be given their own business setups.

Some artisans in the Ashanti Region have expressed gratitude to the Ghana National Petroleum Corporation (GNPC) for its efforts to train and resource people in the informal sector.

Daniel Adade Yeboah, a project beneficiary, said he has been in the electrical field for nearly 9 years but a lack of resources has hampered his progress.

He stated he had no choice but to rely on petty opportunities to support himself and his family.

He did, however, express confidence that he would be able to realize his dreams with the help of the GNPC Foundation’s support programme.

“After learning the skill, I was confronted with a lot of challenges including equipment, funds, suitable location among others. With this support I will be able to set up and work to help myself and my family,” Daniel said.

Other beneficiaries, Owusu Sekyere and Regina Maame Esi Wilson, who work in metalwork and catering, respectively, bemoaned a number of challenges in their fields but expressed hope that the GNPC project will help turn things around.

“My greatest challenge is certification, it’s always difficult to secure opportunities without it. I think this GNPC support will help us address our challenges,” Regina Wilson stated.

He said sometimes they get orders from weddings and funeral ceremonies but lack of certification deny them the opportunities to showcase their talents.

“This is a very big opportunity for us to make amends. We really thank the GNPC Foundation for the support,” he indicated.

The project began about two years ago in the Western and Western North Regions, benefiting over 4,000 candidates.

DISCLAIMER: The Views, Comments, Opinions, Contributions and Statements made by Readers and Contributors on this platform do not necessarily represent the views or policy of Multimedia Group Limited.
Tags:
GNPC
Training of artisans