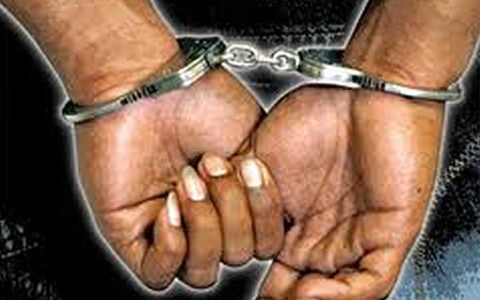 Detectives from the Fraud Unit of the Criminal Investigations Department (CID) of the Ghana Police Service have arrested six men for allegedly selling counterfeit products in the market.

Chief Superintendent Felix Mawusi, Director in-charge of Opera­tions at the CID headquarters who briefed the media, said the operation was embarked on at about 10am on Thursday, August 18, 2016 by a team of detectives from the Unit, SWAT and officials from Sollatek Electronics Ghana at some parts of the Central Business District of Accra.

He said the fake items were recovered from four shops – The Lord is my shepherd, Ampa Electrical, Kwamata Ventures and Wadose Enterprise.

"The suspects have been granted bail, but they would be prosecuted for dealing in fake products as contained in Act 876 of the Trade Marks Law” he assured.

Chief Superintendent Mawusi pointed out that apart from breach­ing the law, sub-standard electrical appliances are often the causes of most fire outbreaks in various homes and so consumers need to be guard­ed against.

"So far 60 of the fake items have been recovered in the operation and we intend carrying out the operation further to make sure that those deal­ing in counterfeit products refrain from that act," the police officer said.

He added, "These dealers often import the items from Nigeria and China and evade tax and so when they bring the items to the market, they are often cheap, making the standard ones expensive to consumers and so they are compelled to go for the fake ones," Chief Superin­tendent Mawusi claimed.