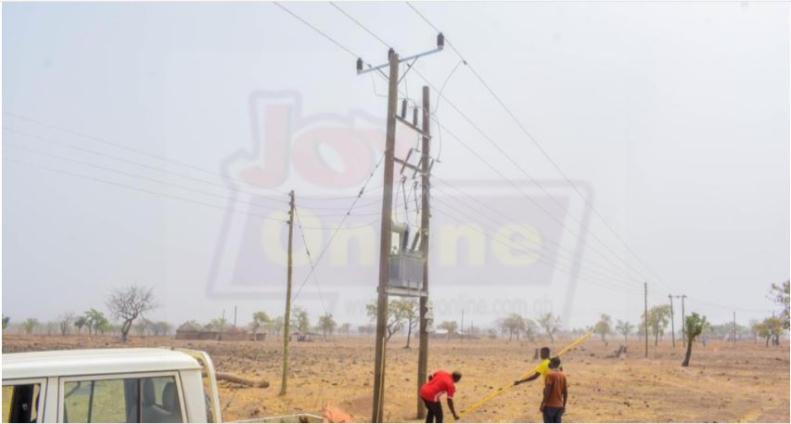 Eight communities in the Karaga District of the Northern Region have been connected to the national grid.

Residents in these communities previously had to travel several kilometers to charge their phones or mill their flour in other communities, but with the advent of electricity, not only will they be able to solve their basic problems, but they will also be able to boast of economic activities in the area.

Addressing the gathering at the commissioning, the Member of Parliament for the Karaga Constituency, Dr Mohammed Amin Adam said it was in line with President Nana Akufo-Addo’s vision of a universal access to electricity before the end of his term as the President of the Republic of Ghana.

The MP promised he would continue to work hard to ensure the remaining communities without lights in the constituency are connected to the grid.

The Deputy Minister of Energy also pledged to ensure all communities connected to the National Grid are provided with mechanised boreholes now that they have electricity; adding that it will help solve the water problem in these communities.

Dr Amin castigated previous governments for not putting in an effort to supply these communities with power but rather said it was expensive for any government to want to venture into, because of the topography of the area.

“Call the people who once told you years ago that there’s no way you can have lights because of the distances between your houses and those who said government is not ready to spend that much to give you lights and tell them that today you have light,” he said.

He pledged his commitment to work to bring the needed development to the area.

The Chiefs thanked Dr Amin for the numerous projects he has brought to the area in just two years as Member of Parliament for the area.

They mentioned health, educational skills training among others as some of the developmental projects they have benefited from.