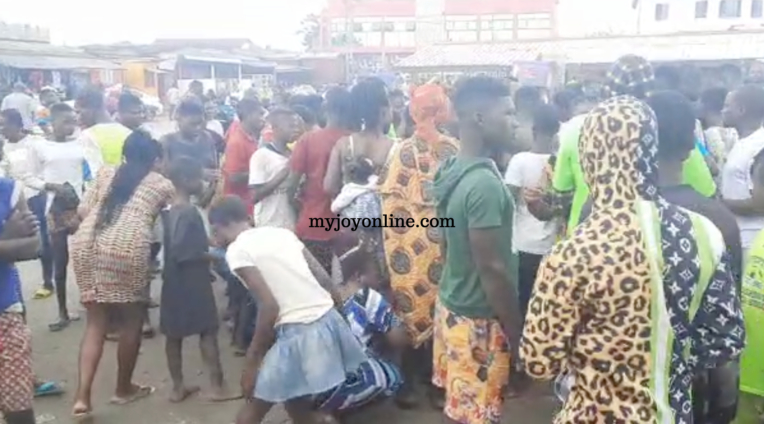 An eight-year-old boy has been shot dead during a festival ritual in Awutu Bereku in the Awutu Senya West District of the Central Region.

According to the deceased’s relative, Atta Kow was shot dead on Monday morning by those carrying out the rituals to purify the community before the Awutu Awubia festival.

The boy was reportedly pushing his brother, who has a mobility disability, in a wheelchair when he was hit by the bullet.

Two others are in critical condition and have been rushed to the hospital for treatment.

The eyewitness who gave his name as Joe, told Joy News the people are supposed to be shooting in the sky, so he is amazed how they ended up shooting the victim; he claims to be his mother’s only child.

He said they were home when his aunt, the mother of the deceased, rushed in wailing “Oh, they have killed my son.”

Joe said, together with his father, they rushed outside to meet a crowd surrounding the deceased’s body covered with a cloth with blood all over the place.

There is currently heavy Police presence at the durbar grounds as residents remain infuriated by the development.

DISCLAIMER: The Views, Comments, Opinions, Contributions and Statements made by Readers and Contributors on this platform do not necessarily represent the views or policy of Multimedia Group Limited.
Tags:
Awutu Bereku
Central Region