A first look at Samsung’s Android 11-based One UI 3.0 update 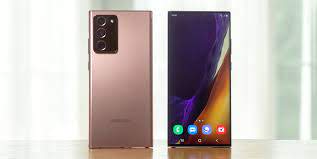 Android 11 has arrived, which means Samsung’s custom One UI skin is also due for an update to incorporate Google’s latest software, One UI 3.0.

The company has started rolling it out to selected developers in the US and South Korea in a “pre-beta” ahead of a larger public beta test.

The early screenshots, obtained by XDA-Developers, give us a nice look at what changes we can expect in the update, which includes a mixture of new features that are being added at on OS-level, thanks to Android 11, along with Samsung-specific tweaks and enhancements.

Android Police has posted the full changelog for the update, which gives a broader overview of what to expect.

Visually, One UI 3.0 looks fairly similar to the current One UI 2.5, although there’s a host of new features and gestures added.

For example, you can now touch and hold an app on your home screen to view all of the widgets that can be added for that app (instead of having to navigate through the usual widget menu) as well as double-tap your home screen to turn off your display.

That’s in addition to Android 11 features like the new chat bubbles and the updated media player.

Right now, Samsung is only offering One UI 3.0 and therefore, Android 11 — for its Galaxy S20 lineup (which includes the S20, S20 Plus, and S20 Ultra), although the finished product should be available on a wider range of devices once it leaves beta.

The public beta will be available in China, Germany, India, Poland, South Korea, the United Kingdom, and the United States, although Samsung has yet to announce a release date.

DISCLAIMER: The Views, Comments, Opinions, Contributions and Statements made by Readers and Contributors on this platform do not necessarily represent the views or policy of Multimedia Group Limited.
Tags:
Android
Samsung