A-G files motion for Mahama's failed assassin's sentence to be set aside - MyJoyOnline.com 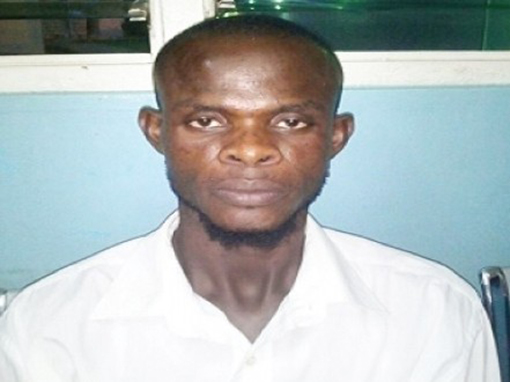 The Attorney-General has filed a motion at the Accra High Court seeking to quash the 10-year jail sentence the man who went to the President Mahama’s church with a gun.

According to the AG the sentence was wrongful.

An Accra Circuit Court sentenced 36-year-old Charles Antwi to 10 years imprisonment after he confessed to wanting to kill the president.

Charles went to the Ringway Gospel Centre branch of the Assemblies of God church where the president and his family fellowship to assassinate him.

Fortunately the president and his family were not at the church at the time he went.

He was arrested and within 48 hours handed a 10 year jail term for the illegal possession of a firearm.

But this was condemned by many who thought the trial was unusually swift.

Mother of Charles said the sentence was inappropriate because her son had a mental problem.

A legal practitioner, Mathias Yakah also questioned the ruling saying “it is totally wrong in law to sentence someone who has pleaded not guilty…he must be made to go through full trial…,”

Another lawyer, Yaw Oppong, described the ruling as severe adding that it was a "travesty of justice".

A human rights lawyer, Francis Sosu, said the verdict was a complete "miscarriage of justice" and a "violation of the Mental Health Act."

He went to the high court and filed for an order of certiorari to reverse the sentence.

In an interview with Joy News, Mr Sosu welcomed the state’s decision to have the sentence set aside.

He said his client should have been made to go through a psychological evaluation before the sentence was handed.

Meanwhile, the application for certiorari filed by Mr Sosu will be heard Friday August 21, 2015 at the Human Rights Court.