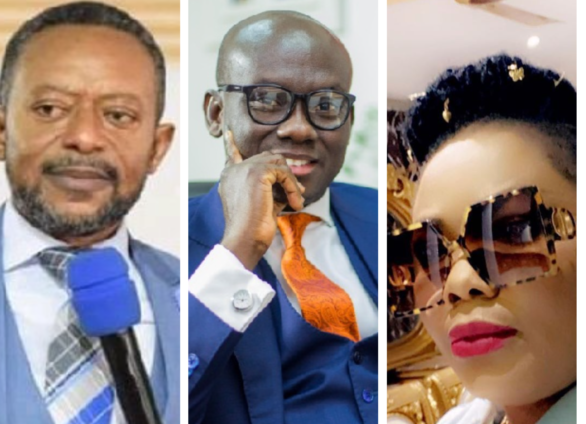 The office of the Attorney-General has requested for the docket on the case involving Founder of Glorious Word Power Ministry International, Rev. Isaac Owusu Bempah, and Evangelist Patricia Oduro Koranteng, also known as Nana Agradaa.

Appearing before Accra Circuit Court 10 presided over by Evelyn Asamoah, the Prosecutor of the case, Chief Inspector Dennis Terkpetey Esq., said as a result of this development, his team cannot proceed with the prosecution.

He also explained that the request is to allow the A-G’s office study the case and give its advice to the prosecutors.

“We cannot proceed today due to certain happenings in the matter. The Head of Prosecution at the Accra Region of the Ghana Police Service directed me to inform the Court that the docket in respect of this matter was called for by the office of the Attorney-General for study and advice.

“As we speak, the region’s docket is in the office of the Attorney-General, and therefore I cannot proceed,” he told the Court.

Rev. Isaac Owusu Bempah is standing trial with six others for offensive conduct to the breach of peace, and threats of death, as well as conspiracy to, and abetment of crime.

The popular pastor and the two others; Bright Berchie and Mensah Ofori, have been on trial for about three weeks after they were arrested for issuing threats, brandishing weapons and attacking Police officers.

Chief Inspector Terkpetey told the Court that he “will take further orders from the Head of Prosecution and inform the Court accordingly as to the way forward.”

The judge subsequently adjourned the case to March 24, 2022.