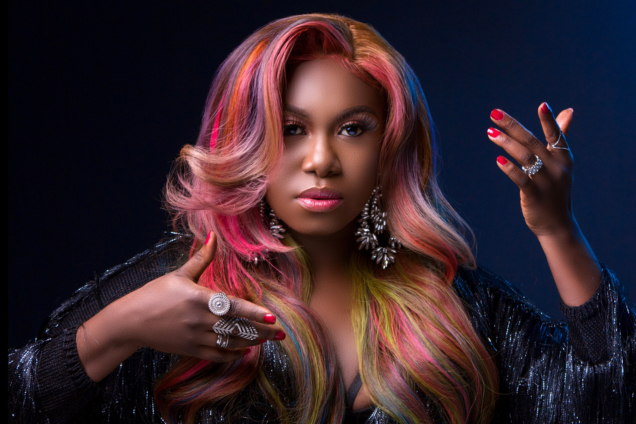 Niniola Apata, Nigeria’s “Queen of Afro House,” is a force to be reckoned with. The singer, who gained global attention after her 2017 international hit “Maradona,” speaks her mind freely in her music and encourages other women to do the same.

Apata, 33, grew up in a polygamous household and says her fearlessness and carefree spirit are influenced by her three mothers and her late father, who was tragically murdered in 1995.

Arit Okpo, host of CNN’s African Voices Changemakers, recently spoke with Apata about the personal and emotional influences behind her music. This interview was conducted in August. It has been edited and condensed for clarity.

Arit Okpo: We have the sweetness of your lyrics, but we also have the cleverness of a lot of your lyrics. Let’s take a song like “Maradona” to start. Break it down for me.

Niniola Apata: So first of all, I’m a Yoruba girl and there’s freedom to express myself as a Yoruba girl — and because I come from a polygamous family (with) 10 children, (and) I’m number six. From when I was little, I was told I have a voice. And so women talk about a lot of things. You talk about your body, you talk about men, and I decided to put that into writing.

I like to talk about things women talk about behind closed doors, and I just sing about it unbothered. The song (“Maradona”) is just about a woman who’s tired of a player. In the song, the guy is describing how his cheating episode went down. Can you imagine he had the gumption to describe it to the woman?! Women go through this and I just wanted to put it in writing. It was audacious!

NA: No, it doesn’t actually because people say that I ooze confidence through my music even without meeting me or seeing my face or anything like that. There’s nothing dirty about talking about your life experiences and I’m tired of women waiting for men to talk about or explain this experience with them.

Let it come from my lips as a woman. I can tickle the fantasy and I can be frank with you. I can be confident and let you know, ‘this is wrong, stop it.’ This is how I want it because a lot of women are not confident enough to voice their opinions.

AO: Your father was such an important part of your life. When you think of your success now and you think of him and how much he influenced your journey coming up, what kind of thoughts do you have?

NA: My father (Simeon Apata) was everything to me and to everyone, and he always wanted to be better. He gave his life to his family and the nation. He was an ex-soldier. He left the army due to a leg injury. In our area, he was sort of like an unsolicited vigilante. When robbers would come into the neighborhood, instead of calling the police first, the neighborhood would call my father first. He was that kind of hero.

I remember that day assassins came in — he had a bad leg and they kicked one of his legs and he fell to the ground. And he was asking them, ‘What you want? What? Tell me what you need?’ and they told him, point blank, ‘We came for your soul and that’s what we’re taking away.’ Right in front of his family. He begged them not to hurt anybody and just take his life if they had to.

He was shot in our presence. It is still traumatizing. I can never, ever get over it. We can never forget about him, forget him.

My father married three wives and he made sure that we lived in harmony before he died and that’s what we continued, even after his death. It taught me how to share with people, because you just had to share. You had to look after people, you had to do your house chores. It basically taught me how to love and how to be responsible.

It took me a while to understand that it’s not like the normal family because to me, I grew up there and it was normal to me. The life lessons I learned in my house — they carried me through.

AO: Were your father’s killers ever found?

NA: No, my mom was telling me that some people were apprehended. I don’t know what they said happened. But today, I still miss him — I still feel that void and he’s always going to be a part of me.

AO: Your sister, Teni (Teniola Apata) is also in the music industry and you both are very successful. How have you supported each other through this journey?

NA: It feels good to know that I have a sibling in the industry and she’s also a superstar. It shows that my late father has good genes because yes, my family is blessed [laughs]. I gave her a few tips and advice. You just need to work for your own, and you have the talent and sky is just the beginning. But it just shows that my surname, Apata, which means rock, we stand on a steady rock and my name Niniola means to have wealth, so we’re blessed.

AO: How does that happen though? That you have two siblings growing up who are so musically inclined? You talked about listening to lots of music as a child. Was yours a musical family? Were you both encouraged to explore your talents?

NA: No, not really. Like I said, I was in a big family. It was fun and this is what I did: I’d round up my little cousins and siblings and I’d force them to back me up [laughs]. Of all the kids there, it was only Teni that was super interested, and that’s where she picked up the flair for music.

AO: Do you guys ever have any friendly competition going on with your music?

NA: With the music, it’s strictly business — we don’t mix family and business. But you know I’m the older one, (so) I still bother her from time to time. I’ll be like ‘come here!’ and she’ll be like, ‘Oh my queen! Oh!’ [laughs]. But it’s fun! She makes me laugh all the time.

DISCLAIMER: The Views, Comments, Opinions, Contributions and Statements made by Readers and Contributors on this platform do not necessarily represent the views or policy of Multimedia Group Limited.
Tags:
Music
Niniola
Polygamy
Teni