A spectator? I am not one! 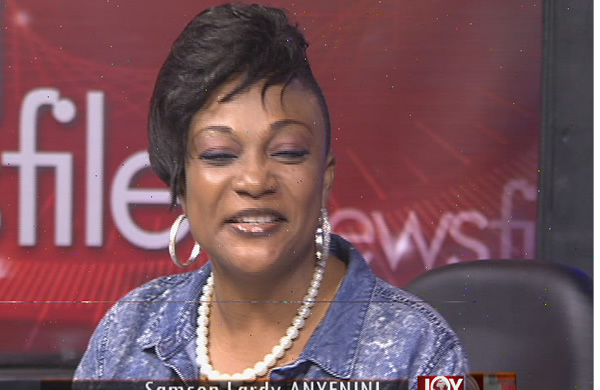 His Excellency the President read us an inaugural speech on the 7th of January this year. A speech full of wisdom. It talked about the need for every Tom, Dig and Jane to be part of nation building.

Many people said it was a plagiarised disquisition but that’s not a point of interest here. I am tempted to mind the engine and not the body! He said we should not just sit and watch things unfold and I think he deserved a ‘hi five’ for that. It is because of this admonition that I also want to put these pieces of sentences together about the ministerial vetting.

The exercise began well. We have seen politicians all of a sudden assuming the demeanour of panhandlers before the committee. Some became apologetic when there was a need. So far, among the nominees, Hon. Ken Ofori Atta is the one who has displayed a character of humility and the attitude of down-to-earth.

He said yes to questions that he could say yes to and said no to questions that deserved no. The man is simply affable! I was so much elated with this attitude of honesty by a minister appointed by a president having so much hatred for corruption and the need to uproot it with a claw hammer, at least, as we were made to believe during the campaign era. Some nominees like Dr. Anthony Akoto, Dan Botwe and Joe Ghartey kept the feeling intact. How amazing!?

A person whom many described as a cobra and that whenever she speaks, her words is likened to the venom of a cobra will shock everybody and made those who were brainwashed by her words on political dais disappointed, Hon. Ursula Owusu. She kept my mood about the vetting on a"comfortable lead" as though it was cruising to eternal victory.

Disastrously, this mood of satisfaction and elation entered a comatous state by the bribery saga and subsequently joined the silent majority by the vetting of a certain ministerdesignate for Women, Children and Gender Protection, Madam Otiko Afisah Djaaba. Her demeanor and posture before the vetting committee didn’t only trouble the only living Ghanaian but even lifeless objects came alive because my computer suddenly powered up and started putting these pieces of words together as it also wanted to register its displeasure!

Madam Otiko failed to realise that apologies can still be rendered and if rendered, can be reciprocated with words of forgiveness. For some time now in Ghana, I have come to the notion that politicians behave like functional alcoholics in periods closer to elections. Competition of insults kickstarts and name calling takes center stage. The political temperature if it was going to be measured with a thermometer will have yielded a value that cannot be read! Because everyone is eyeing the golden stool.

So in this period, one could say words to footsoldiers to have “chooboi” as a response only to get to the house, shower, eat fried rice and chicken and immediately regret after a few minutes he or she had turned the bulb off to enjoy a sound sleep. You labelled the president as “evil” and a person with a “devil heart” anchored on the fact he failed his own people with a development policy meant to bridge the gap between the north and the south, Savanna Accelerated Development Authority.

I must side with you on that because the levels of abject poverty in that region of mine is so clear to even the blind but I disagree with your choice of words. Evil is a hatred word and same is devil not to even draw a line of similarity between a human’s heart and a devil’s heart.

Yes! You spoke with conviction, nevertheless, you went overboard with your diction. The unapologetic attitude of yours before the committee contrasted the teachings of the north. You made the whole country believe that you were a woman with innate of unapologetic genes in your DNA!

Also, for you to join the breed of people who speak without evidence like Kennedy Agyapong is even mindboggling. How on earth do you think your colleague woman’s sweat cannot earn her an appointment to any higher office? Per your logic and Agyepong’s, a woman’s gifts are the only magic wands. A woman can only get what she want by using what she has. Kennedy of all people alleged that the EC chair traded sexual favours for her current position being occupied. It was wrong to side with such a person back then and even now.

Above all, for you to still call for a probe on the matter as if there was an iota of truth in it on the day of your vetting is totally thunderstriking! You still hold the view that women are not brilliant and fit for higher offices when men have labelled themselves as “feminist activists” to fight for women. Is it a case of self-abnegation or you were just a politician who wanted to see Akufo-Addo end his presidential drought? Spare us of that mentality because we are in 2017, mum!

I love those who are law abiding. Why didn’t you undergo national service when the laws of Ghana demanded so? It occurs to me that you did not pass through the “Third Trimester Field Practical Program” by the university you had your first degree from, University For Development Studies.

The alumnus of this university know what this program means to the school. Before you can graduate, you must pass through it. It is compulsory! Let’s talk about the national service because it came up on the day of the vetting. Section 7 of the national service act (Act 426)states that “a Ghanaian who does not do his or her national service cannot work in Ghana, for others, or for themselves and that, all the directors of any company, that employs them should be fined, jailed or both.” I think one does not need an LLB certificate to decipher this.

Madam Otiko, you breached the law and the law even prescribed a punishment for your employers, so why should heads break loose on this? I vehemently disagree with anybody who is trying to chip in a comparison of political equalisation in this by refreshing our memories about the case of Oti Bless. We should forget about the wrongs of yesterday by righting the wrongs today. That’s how a nation should be built. I was one of those against the appointment of Oti Bless. How should a person who heaped insults on the chief justice merit an appointment as a deputy minister if not for political expediency?  “Kaman how”? – to wit ‘I mean, how’?

The Minority were right for kvetching on this Otiko matter. I was happy that they decided not to vote. After that what did we see, she was approved with a majority decision unlike some of her colleagues making the outcome of the vetting committee a complete joke! I harbour no ill-feelings against Madam Otiko. I will be delighted to see the alumni of the university of which I am currently a student occupying such a higher office especially when the occupant is a woman but it is equally important I express my opinions on the entire vetting process of hers.

Kudos to the older members of the minority who have sent this issue to the highest court of adjudicature for a finality!

The writer is a BSc. Computing-with-Accounting student at  UDS, Navrongo campus, who loves to contribute on issues of national concern even when he is having difficulty in understanding programming.