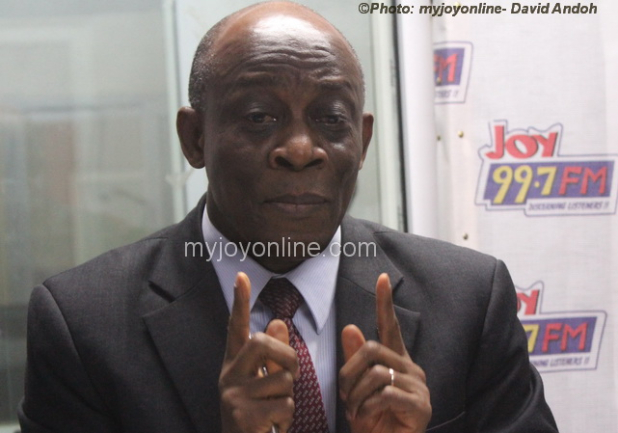 Former Finance Minister, Seth Terkper, has denied allegations by a contractor that he intended to sabotage a deal to procure ambulances for Ghana.

Richard Jakpa on Thursday accused the former Finance Minister of feet dragging which he believes was intended to sabotage the deal; perhaps in collaboration with his [Jakpa’s] competitors.

According to the contractor, the deal was finalised by the Atta Mills government before President Mills died and all that was needed was the signature of Finance Minister, Dr. Kwabena Duffuor.

However, Dr. Duffuor was replaced with Terkper and the latter deliberately refused to sign the deal, Jakpa alleged.

He said Terkper just walked out of a meeting with him angrily when he [Jakpa] confronted him about the delays.

According to him, it was when he threatened legal action that Terkper’s deputy, Casiel Ato Forson, “saved the situation” by issuing the LC.

However, both Ato Forson and Terkper have united against his claims. According to Mr. Forson, there was a cabinet embargo on signing deals that will add to the debt stock of the country so his boss’ hands were tied.

Mr. Terkper also vehemently denied having any meeting with Jakpa where the latter claims he walked out angrily.

The former Finance Minister says any meeting he had, his deputy and other subordinates were present. He does not do unilateral meetings, he noted.

Mr Jakpa also told Daniel Dadzie on the Super Morning Show Friday, that the 30 ambulances that are in Ghana now cannot be handed over to the government because the contract says they must be at least 50.

Big Sea will, however, not commit its money to manufacture more buses because the government of Ghana has not made any more financial commitments.

The Akufo-Addo government must, therefore, issue another LC so Big Sea can produce the ambulances and send them to Ghana.

According to documents shown to Joy News by Mr. Jakpa, GoG must issue an LC worth 79,000 Euros for each of the 170 ambulances.

When that is done, Jakpa says they are obligated to produce the rest of the buses and also train the paramedics that will operate the ambulances because what they are giving Ghana is a “mobile hospital,” he boasted.