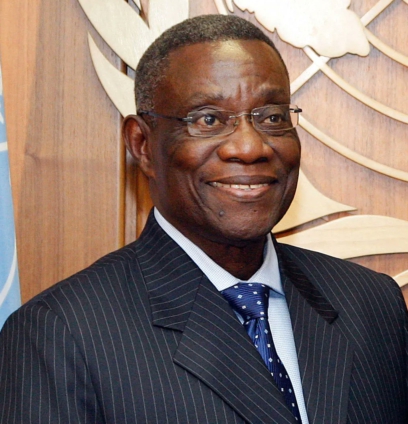 The Member of Parliament for North Tongu, Samuel Okudzeto Ablakwa has eulogised the late Professor John Evans Atta-Mills during the occasion of his 78th birthday which also marks the10 anniversary since his passing.

Paying tribute to the late President on the floor of Parliament on Thursday, Mr. Ablakwa, highlighted what he called 10 “Millsian” attributes that he considers as epitomizing the late Prof Mills’ character and works.

“Mr. Speaker, being the 10th anniversary since the Asomdwehene’s departure to our Maker, I intend to honour his memory with this tribute,” he said.

According to him, the “Millsian doctrines and accomplishments, which may be described as MILLSISM are still more than relevant in our contemporary body politic.”

Below are the 10 ‘Millsian’ attributes:

Prof. Atta Mills left a legacy of high grade integrity. He didn’t have to say it, he simply lived it. Both those of us who worked with him closely and those who observed him from afar knew that was his true character. Integrity came to him naturally. He was absolutely incorruptible and throughout his service to Ghana as a lecturer, tax administrator, Vice President and President – never was he embroiled in any scandal. That was a rare achievement for the extremely sensitive positions he held.

He had a strict personal policy about gifts and even sought to extend same in his government by banning the acceptance of gifts including Christmas hampers which he considered inducements. It is therefore not surprising that during his tenure as President, independent assessors ranked Ghana high on all integrity indicators.

President Atta Mills was the true definition of modesty. He didn’t allow the trappings of high office to change his modest character. His presidential convoy remains perhaps the leanest in Ghana’s entire history. His tastes and proclivities didn’t change or adjust to aristocratic allurements due to high office. He kept faith with his favourite bread, kenkey and waakye sellers and often insisted on paying them visits to engage them and find out how his economic policies were impacting their businesses.

We remember Prof. Mills for his punctuality. He was a stickler for time. He didn’t think keeping people waiting was a sign that you are the big man – he rather thought it was a show of indiscipline from the big man. In a country where Ghana Man Time (GMT) has become legendary, he showed that despite multiple exacting schedules of a President, it is possible to be organized and always be on time. To him it was also a show of respect for the people you serve.

As a Fulbright Scholar and having earned a PhD in tax law at the young age of 27, he dedicated a greater part of his life to training hundreds of lawyers and tax experts.
A few of his seminal publications include:
• Taxation of Periodical or Deferred Payments arising from the Sale of Fixed Capital (1974)
• Exemption of Dividends from Income Taxation: A Critical Appraisal (1977)
• Report of the Tax Review Commission, Ghana, parts 1 – 3 (1977)
• Ghana’s Income Tax Laws and the Investor (1978)
• Ghana’s New Investment Code: An Appraisal (1986)
• Criminal Law Treatment of Sexual Activity
• The role of the state in the evolution of the family in Anglophone countries of Africa: An overview
• A survey of taxes on the individual in Ghana
• Ghana’s wealth tax: Some issues and problems
• Africa in the World (2002)
• NEPAD and New International Relations (2002)
• The Decline of a Regional Fishing Nation: The Case of Ghana and West Africa (2004

During his tenure as President, Ghana recorded its highest GDP growth rate of 14.4%. Ghana also secured its longest sustained single digit inflation. It is also significant to note that under his stewardship, Ghana secured its first 1 million metric tonnes of Cocoa production.
Ghanaian workers still celebrate him for the successful implementation of the Single Spine Pay Policy which was announced in the final days of the presidency of his predecessor, John Agyekum Kufuor. He is credited for improving the wages and quality of life of Ghanaian workers and the general population.

The Asomdwehene had an abiding and unflinching faith in the capacity and promise of the Ghanaian youth. Even in the face of criticism, with some accusing him of being a coach who loves to field Team B players, he remained unperturbed and kept inspiring confidence in the young team he assembled to help him govern. As he told some of us, having lectured for some three decades, he better appreciated the dynamism and fresh insights that youthfulness brings and therefore he will always encourage and offer opportunities for young people to transform our society with that verve, dynamism and courage.

He believed the elder generation should be more accommodating to the views and ideas of younger people. He thought mentorship and guidance was an obligation for the elder generation and that they should never stifle the progress of young ones. He always said: “this country is for your generation, start making it what you want it to be now.”

He left a legacy of a more united, loving and stable nation because of his philosophy of leadership. Celebrated for his “Father For All” mantra, he didn’t think leadership or the presidency should be used to harass political opponents and settle scores. Of course as a law lecturer of many years and of high repute, he believed in the rule of law and in sanctions for those who fell foul of the law. What he abhorred was misusing the law to antagonize and victimize political opponents or anybody for that matter. He always lowered tensions, de-escalated, and calmed the nation with his ever famous salutation: “my brothers and sisters.”

8) Investment in the next generation of intellectuals

Prof. Atta Mills brought his many years of nurturing young intellectuals to the presidency. That vision of constant empowerment and building intellectual capacity led him to formulate the profound policy of establishing a public university in all regions of Ghana. During his time, the Volta, Brong Ahafo and Eastern Regions did not have public universities. It is to his credit that today these regions and our nation can boast of the University of Health and Allied Sciences in the Volta Region, University of Energy and Natural Resources in the then Brong Ahafo Region and now the University of Environment and Sustainable Development in the Eastern Region which his successors – President Mahama and President Akufo-Addo continued.

For a country often caught up in pettiness and small mindedness at great cost to the taxpayer when inherited projects are not continued because political opponents may take credit, the Asomdwehene was a refreshing break from that sordid tradition. He continued the N1 project, the Bui Dam project and many more across the country. He is the first president to invite his predecessor to join him commission a project which he has finished but was started by his predecessor – we all recall the beautiful images when he invited President Kufuor to assist him commission the famous N1 Road Project.

He had an unwavering belief that God reigns in the affairs of men. He had absolutely no reservations in boldly professing his Christian faith and living by example. Indeed, He was accused of turning the Castle – the former seat of government as a prayer camp but he was unrepentant, much to the glory of God. When some Western Leaders had the audacity to cajole and compel President Mills to accept LGBTQI – his thunderous principled response based on his Christian faith made them back off completely.