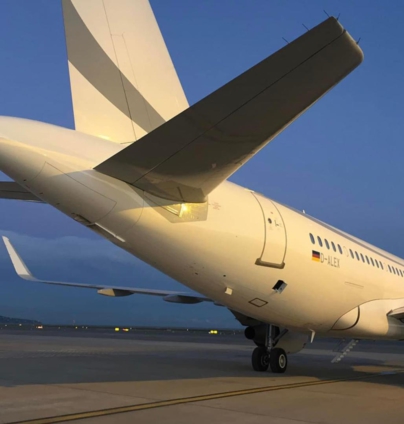 The Presidency has dismissed claims by the North Tongu MP that President Akufo-Addo chartered a German-based private jet operator – K5-Aviation on his recent trips to Belgium and Rwanda.

Samuel Okudzeto Ablakwa had earlier today criticised the President for costing the Ghanaian taxpayer €20,000 an hour for flying the “luxury monster”.

Taking it to his Facebook timeline, Mr Ablakwa wrote, “Incorrigible President Akufo-Addo has done it again. After pretending he was a changed man by flying commercial on his last two trips to the US and the UK, he has returned to his grossly insensitive and reckless ways of profligate traveling in ultra-luxurious charters.”

“For President Akufo-Addo’s current trip to Belgium and Rwanda; we can confirm a conservative bill of €480,000.00. The 480,000 Euros which is derived from 21 hours of total flight time plus other industry charges works out to some 4.1million Ghana Cedis at current exchange rate.

But the Director of Communications at the Presidency, Eugene Arhin in a three-page statement debunked the claims noting that they are inaccurate.

According to him, the President travelled to Belgium onboard an Air France Commercial Flight (AF0584).

He noted that all of President Akufo-Addo’s 12-member delegation travelled commercial.

“These claims by the North Tongu MP are not accurate, and as a Member of Parliament, I was hoping he would have been factual and truthful in his claims, and resisted the urge to engage in propaganda,” Mr Arhin stated.